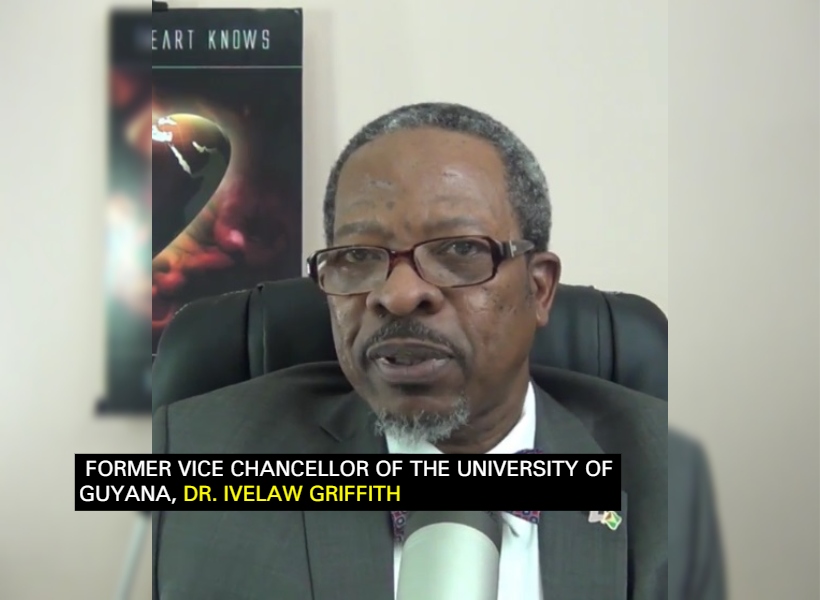 It is often said among Caribbean folk that “oil don’t spoil.” While this old adage may be true, former Vice Chancellor of the University of Guyana, Dr. Ivelaw Griffith recently noted that it is key for Guyana, the new oil kid on the block, to always bear in mind that oil can certainly spoil the livelihoods of individuals and societies if not properly managed.

The Senior Associate at the Center for Strategic and International Studies in Washington, DC. noted that there is copious literature to support this. As such, he believes that the crucial question facing Guyana is how might the political and corporate leaders avoid trailing the path of societies where oil did spoil things.

In attempting to proffer an answer, Dr.Griffith said it would be useful for Guyana to truly lend serious thought to the value of its barrels while demonstrating an understanding for the need to be transparent and honest in the management of that value. Expounding further, the former Chancellor said, “Oil booms generate considerable wealth but foster greed and graft, making corruption a corrosive spoiler of individuals and institutions and sometimes of whole societies. Thus, honesty is a value that must be both preached and practiced. Not just by government leaders, but also by the corporate and civic bosses, and in religious and educational institutions and the media.”

Going hand in hand with honesty the Professor said, is transparency, while adding that it should not be confined to merely sharing with citizens the what, when, and how of government and business dealings, but also to build and sustain trust—in leaders and institutions.

In Guyana’s case, the Senior Associate articulated that transparency is needed to serve as a key element in the racial and political healing that is required coming in the aftermath of the political-electoral roller coaster. Allied with honesty and transparency he said, is respect, for the country’s racial, religious, and political diversity, its laws, and its institutions.

The longstanding educator was keen to warn that corruption and the disrespect for laws and human life that the country’s high road carnage reflect are two examples of the considerable respect deficit in the society.

But if Guyana intends to be the exception, to learn from the mistakes of others, Dr. Griffith said the leaders of the day would be honest and transparent in all of its dealings with the petroleum sector.