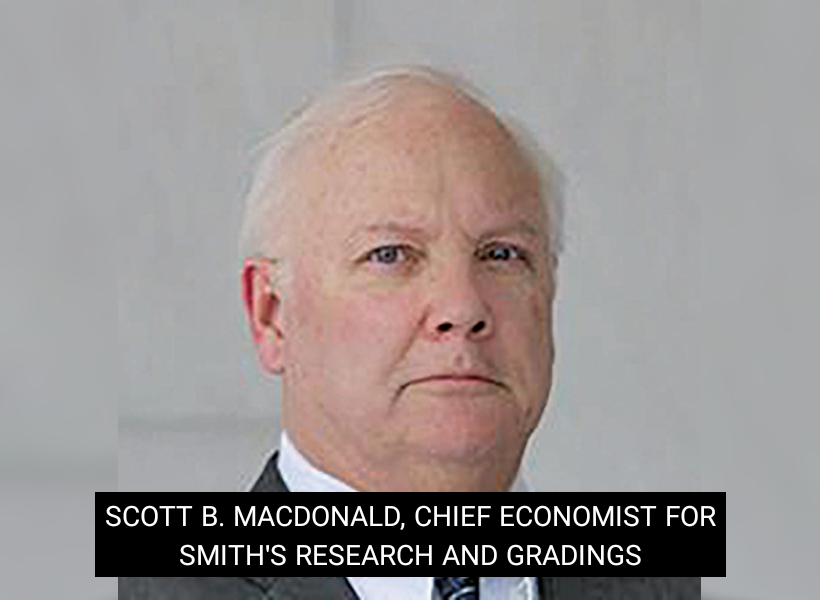 Given the magnitude of its discoveries in the Stabroek Block, it is clear that Guyana is no longer a nation on the outskirts of the global economy. It is no doubt, one of the hottest exploration spots in the world and has attracted the attention of leading supermajors like Shell. But to truly unlock the transformative potential this resource holds, Guyana’s government will have to take swift action on reforming its systems of governance says Scott B. MacDonald, Chief Economist for Smith’s Research and Gradings.

According to the Senior Associate at the Center for Strategic and International Studies (CSIS), the government must start quickly with judicial and electoral reform. MacDonald alluded to the fact that both the judicial and electoral arms of the State are key mechanisms that help citizens keep power-drunk governments in check. He noted that the five-month-long elections which kicked off in March, underscores the need for Guyana to get the ball rolling as quickly as possible so that the citizens of the world’s latest oil-producing state can know and feel that they have the power to decide on the best managers of their wealth.

Further to this, the Chief Economist said that Guyana also needs an upgrade in its infrastructure. In this regard, MacDonald referenced the latest report of the Inter-American Development Bank which states that the nation’s infrastructure stock is inadequate to support the delivery of public services or facilitate private sector growth. The financial institution also commented that the country’s transportation infrastructure (roads, airports and seaports) requires substantial improvements to support the growth of the private sector. It stated as well that high energy costs, dependability of electricity and upgrading the country’s telecommunications system also need attention.

Another area of improvement MacDonald stated is in human capital, a critical resource for any oil producing state. Although efforts have been made to improve the education system, the Chief Economist said that the new oil-based economy is creating demand for everything from skilled welders to accountants and engineers. He stressed that Guyana needs to respond quickly to ensure that its people are the ones leading the industry.

The Chief Economist stressed that the foregoing challenges have to be addressed if Guyana wants to achieve long term growth and an equitable trajectory of expansion. He said too that in tackling the noted areas of reform, there must be prudent management of the nation’s resources in such a way that the Guyanese people are well served for the future.

“…So there are plenty of oil curse train wrecks out there but Guyana’s aspirations should be to steer a governance path to a higher level, especially before global economic growth resumes at a stronger clip and oil prices rise again,” the financial advisor concluded.