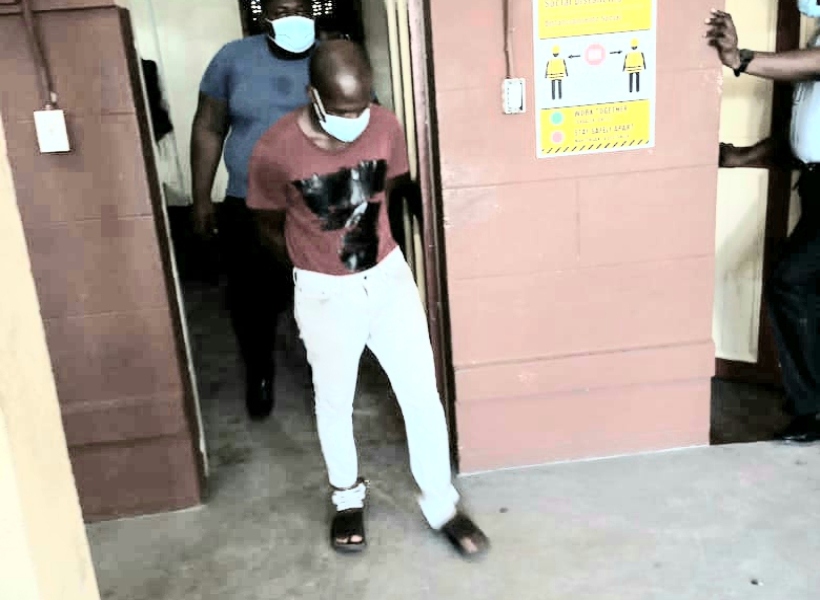 A Staff Sergeant of the Guyana’s People’s Militia, who was seen on camera assaulting two Traffic Offices, was today slapped with 13 charges.

Keron Joseph appeared at the Georgetown Magistrates’ Courts before His Worship Clive Nurse and pleaded guilty to 12 of the 13 charges.

He was charged with two counts of assault on a peace officer and fined $20,000 or 4-weeks’ imprisonment.

He was also charged for resisting arrest and fined $10,000 or 4 weeks imprisonment.

He was charged for the use of indecent language and fined $20,000 or 4 weeks’ imprisonment.

He was also charged with two counts of failing to produce a driver’s license and charged $20,000 or 4 weeks imprisonment.

Also, Joseph was charged in relation to his conduct as a driver and fined $20,000 and for the breach of the prohibition of tinted glass and fined $7,5000 or 4 weeks’ imprisonment. In total, he was fined some $197,000 for all of the offences.

Police said that Joseph pleaded not guilty to negligently interrupting the free flow of traffic and was placed on $50,000. He is expected to go on trial on January 7, 2021.

Joseph and two of his relatives were on Thursday evening arrested after they were seen assaulting the officers.

The incident reportedly took place at about 17:00h on Cornhill and Hadfield Streets, Georgetown.