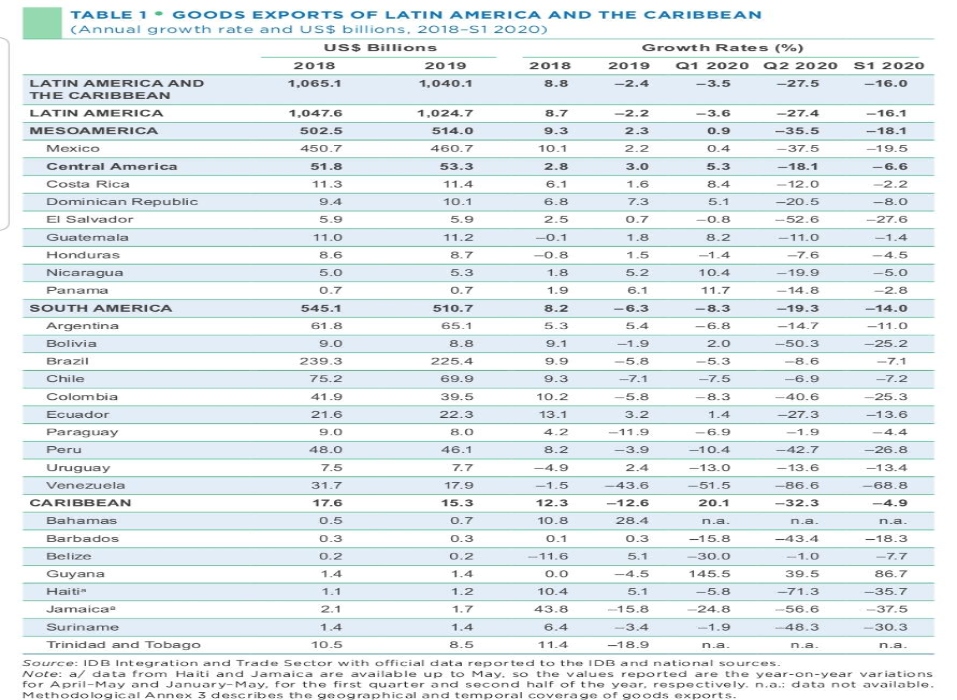 After a drop in the value of exports by 16 percent in the first half of 2020, the Inter-American Development Bank (IDB) has expressed that the recovery of trade in Latin America and the Caribbean is still uncertain due to new outbreaks of COVID-19 and the economic impact caused by same.

The financial institution made this known in the 2020 edition of its Trade and Integration Monitor report which analyzes trade flow trends in the region.

The bank noted in its report that the value of exports from Latin America and the Caribbean contracted more than global trade, which dropped by 13.3 percent year-on-year in the first half of 2020.

It went on to state that the pandemic affected international trade in services more severely than trade in goods. wIth respect to service exports from Latin America and the Caribbean, the bank said that this entered negative ground for the first time since 2015, contracting at an estimated rate of 29.5 percent year-on-year in the first half of 2020.

“So far, the trade shock has been less intense than was initially predicted, and we are beginning to see some signs of recovery. However, new outbreaks and lockdown measures may affect the recovery of global trade, which had already weakened even before the health crisis hit,” said Paolo Giordano, Principal Economist at the IDB’s Integration and Trade Sector, who coordinated the report. 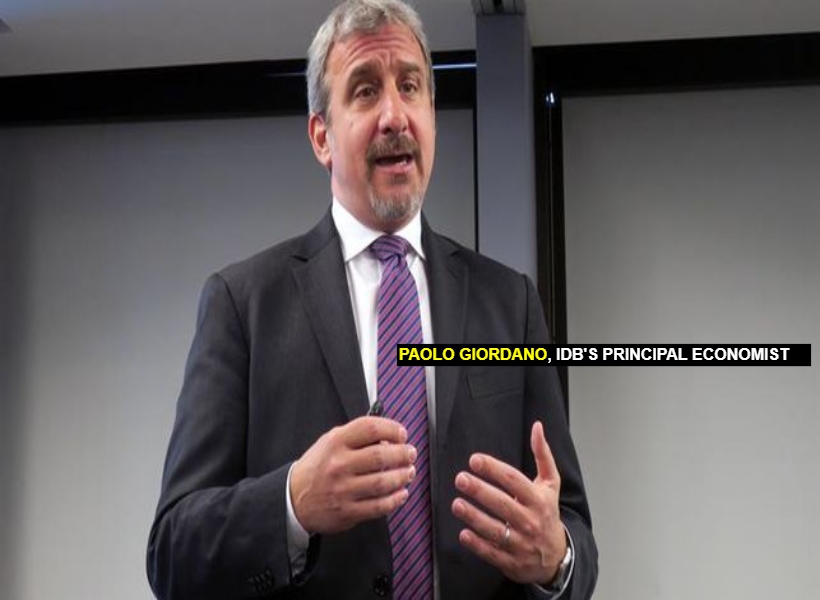 It was further noted that Latin America and the Caribbean’s trade performance was particularly affected in the first half of 2020 by the downturn in exports to large markets such as the United States (-19.5 percent), the European Union (-18.6 percent), and China (-1.0 percent).

However, the drop in intraregional trade was sharper. Guyana Standard understands that these flows fell by -30.3 percent in the Andean Community, -24.6 percent in MERCOSUR, -24.0 percent in the Pacific Alliance, and -8.8 percent in Central America and the Dominican Republic.

As a result, the IDB said that the share of intraregional flows in total trade from Latin America and the Caribbean continued to shrink, coming to account for just 12.8 percent of the total.

The report concludes that countries should adopt an ambitious international integration agenda and consolidate the regional value chains to attract new investments and take advantage of nearshoring opportunities in both goods and services. It said that priorities should include strengthening export promotion and investment attraction agencies, improving trade facilitation and modernizing customs facilities, diversifying the services sectors, and promoting trade digitalization, among others.

The report also observes that pragmatic initiatives to reduce transportation costs will be critical if Latin American and Caribbean economies hope to compete in the global production networks of the future. It also recommends strengthening regional integration and cooperation initiatives to ensure the region’s economies are operating in an efficient, reliable, regulatory space that is attractive for investors.