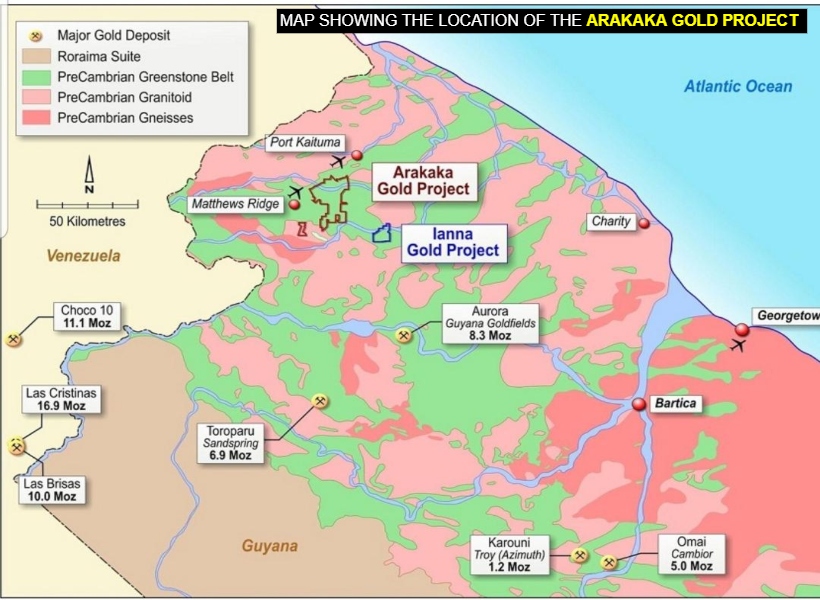 While much of the spotlight has been on the oil sector, particularly the discoveries in the Stabroek block, Guyana’s gold industry is proving once again, that it intends to remain a reliable economic contributor for years to come.

Just recently, Alicanto Minerals, an Australian based firm, announced that it has discovered a 500,000-ounce gold resource at its 100 percent owned Arakaka project in Region One, Guyana. Following the discovery, the company’s shares got a notable 14 percent bump on the stock market.

Managing Director, Peter George, was keen to note that this is just the start of what he believed would be a rapidly growing inventory at Arakaka.
He said, “This resource is shallow, the mineralisation remains open in all directions and we already have numerous intersections outside the resource which will form part of the next estimate.

“We also have multiple walk-up targets with multi-million-ounce bulk tonnage potential that remain to be drilled.”

Guyana Standard understands that the resources are reported at a 0.8 g/t gold lower cut-off which the company deemed acceptable based on industry costings associated with the likely mining method (open pit, bulk-tonnage).

It was further noted by the company that the resource runs from the surface to a maximum vertical depth of 150 metres with mineralisation open along strike and at depth. With this in mind, the mining company stated that there is also scope for rapid resource growth with numerous mineralised intersections outside of the resource found at its Northwest mining district project.