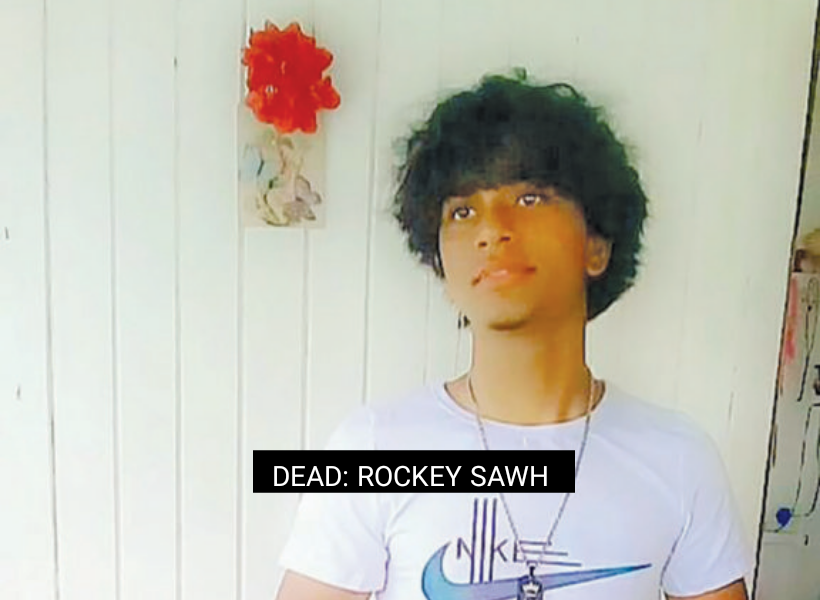 The suspect who accidentally shot 15-year-old Rockey Sawh during a sleepover has been released on a $100,000 station bail.

Regional Commander of Region 4 ‘A’ Simon Mc Bean explained that a file was sent to the Office of the Director of Public Prosecutions (DPP), who advised the Guyana Police Force (GPF) to continue additional investigation.

The suspect’s 72-hour detention period had expired on Friday, and Police were forced to release him on station bail.

Following the completion of the additional investigation, Mc Bean said that they would seek further advice.

Reports are that on November 17, 2020, the suspect had invited Sawh to a sleepover. At about 18:00hrs, the teen suspect reportedly breached the lock of a locked wardrobe where a licensed .32 Taurus Pistol owned by his father was secured.

Police said that after retrieving the gun, the teen then showed it to the victim and accidentally pulled the trigger. As a result, Sawh was shot to the right side of his head and fell to the ground.

He was taken to the Georgetown Public Hospital, where he was admitted in a serious condition. He died about 17:00h on Wednesday last.
According to Police, the suspect’s parents were not at home at the time of the incident.

Police had said that a .32 Taurus pistol, along with seven live matching rounds, a spent shell, and 149 .32 rounds, was retrieved from the scene.