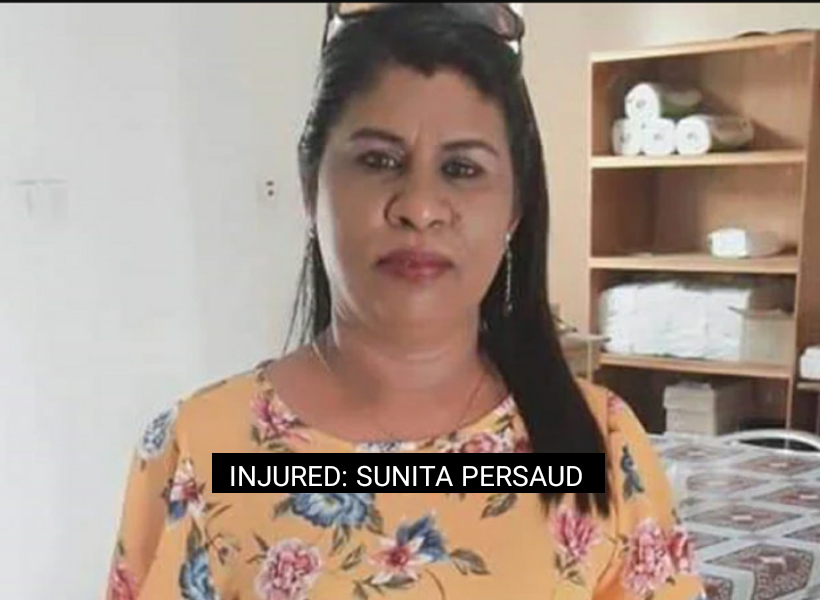 Sunita Persaud, the woman seriously injured after she was bound by a tree that fell onto the shack she was living under at Success squatting area three weeks ago, is still in the hospital.

This was confirmed by the Head of Strategic Planning and Communications at the Georgetown Public Hospital Corporation (GPHC), Chelauna Providence.

It was reported that Sunita Persaud, 45, of Lot 28 Crown Dam, Industry, East Coast Demerara (ECD), along with seven other women, were injured after a tree fell on a shed they were under on October 23, 2020.

As a result of the accident, Persaud suffered a fractured skull, injuries to her spine, ribs, and a broken leg.

It was reported that on the day in question, at about 14:10 hrs, the tree situated on a dam running east-west fell on a group of squatters who were sitting on a make-shift structure nearby.

Persaud had received severe injuries and was rushed to the GPHC, where she was admitted to the Accident and Emergency Unit.

The seven other females received minor injuries to the head, feet, arm, and other parts of their bodies and were assisted by law enforcement officers and transported to the GPHC.

The injured persons were identified as Dallyan Donald, Shevon Bell, Pinky Benjamin; a person whose name was given as “Smart,” Nafeeza Persaud, Nalini Lalland, Sonia Nazir, and Sunita Persaud.

The land on which the squatters reside belongs to Guyana Sugar Corporation (GuySuCo) and the National Industrial and Commercial Investments Limited (NICIL) and is being used to cultivate new cane species in light of the Enmore/ La Bonne Intention Estates set for reopening soon.