Home News Health Safety measures to be implemented to prevent robberies committed on students at... 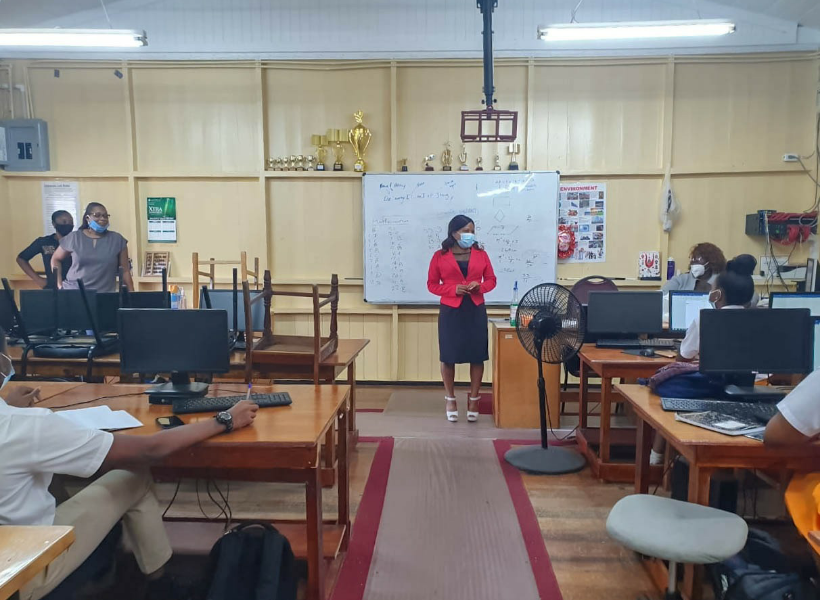 Schools reopened for grades 10, 11, 12, PIC’s and TEVET institutions on November 9, 2020. On that day, the Honourable Minister of Education Priya Manickchand visited several schools to assess the situation on the ground. One of the schools visited was the Brickdam Secondary, which has been relocated from its original location on Brickdam in Central Georgetown to the East La Penitence Primary School building on the outskirts of the city.

During the visit, teachers told Minister Manickchand that students are constantly being robbed by criminal elements in the area. The teachers said that they advised the children to walk in groups hoping that this would deter the criminals. However, this approach did not deter criminal elements since the robberies continued. The Education Minister gave the assurance that she will address the matter with a view of ensuring that the children can attend the school in a safe and comfortable environment.

Today, the Advisor to the Minister of Education Africo Selman met with teachers and students of the Brickdam Secondary School to listen to their concerns on the issue and to make an assessment of the environment so that corrective measures can be implemented.

Subsequently, Selman also met with Deputy Commander of Region Four (4) ‘A’ Superintendent Guy Nurse, who has committed to ensuring that there are increased police patrol and presence in the area. The Guyana Police Force will also be meeting with the teachers and students of the school to get a greater understanding of the issue and will be implementing additional measures that will be tailored towards eradicating the scourge.

Parents have also reached out to the Ministry of Education lamenting the high incidence of robberies committed on the students attending the school. While many students living in Georgetown attend the school, many students are living outside of the city that attend the institution.

The Brickdam Secondary School is a list ‘A’ school that falls just outside of the top bracket of schools in the country. This institution over the years has been consistently producing good results at the Caribbean Secondary Education Certificate Examination (CSEC).