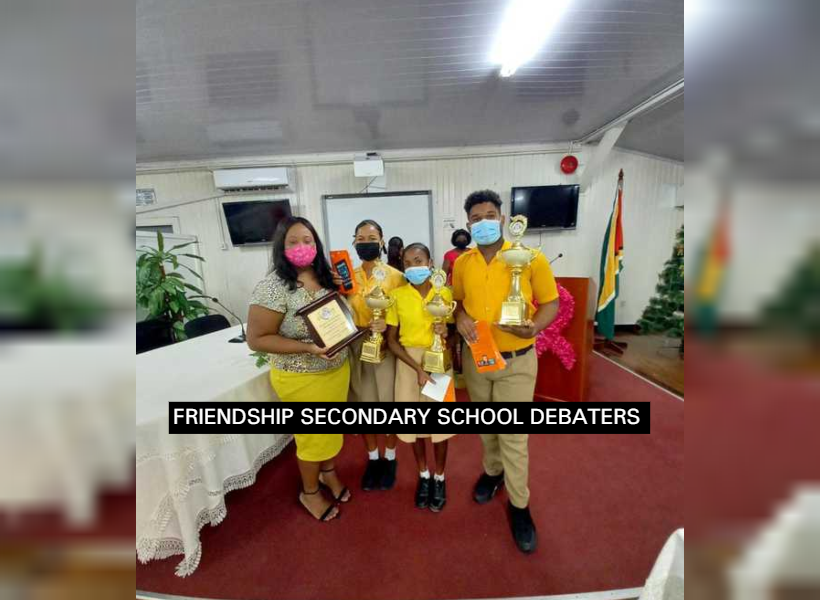 The moot the two schools debated was “The COVID-19 pandemic is the greatest hindrance to the economic development in Guyana”. Friendship secondary was the proposing team while President’s College opposed.

The final debate of the competition was held in the National Centre for Educational Resource Development (NCERD) auditorium under COVID-19 guidelines and was the only round held face-to-face. Before the finals, all the other rounds were done virtually.

The final debate was keenly contested as the judges opined that both teams exhibited good oratory skills and the moot was well researched. Addiette McAlmont of President’s College was adjudged the Best Speaker.

The competition began on the 29th of September 2020.