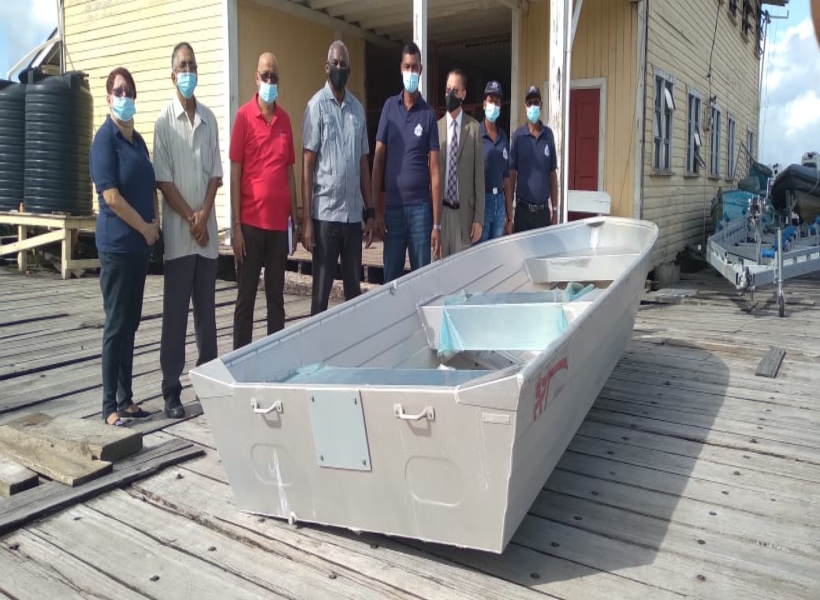 The Community Policing Division Three, which has responsibility for Wakenaam and Leguan islands, now has a patrol boat compliments of the Ministry of Home Affairs.

Minister of Home Affairs, Robeson Benn, this morning handed over the aluminum boat with 40 horsepower to Chairman of Division Three, Mustapha Zaman.

Minister Benn emphasized that equipping the Community Policing with resources is a signaled effort that crime-fighting will be successful at the community level.

“Other than gunmen going around, some of the incidents appear to be people getting emotional and mud balling…We have to have empathy and understanding, so we don’t get things degenerated any further,” he added.

Minister Benn believes that community policing groups should be the link between communities and the Guyana Police Force (GPF).

The presence of these groups will reinvigorate community safety and security through enhanced performance and professionalism, he added.

In accepting the donation, Zaman expressed gratitude for the boat since, for years, the absence of a boat had hindered their crime-fighting ability.

This patrol boat is among several items recently donated to the Division by the Ministry. “A motorcycle, grass cutter, printer, laminating machine, life jackets, and other items were given as support to the Division,” Das stated.

He related that last weekend the Community Policing Group of Leguan was revamped, and the Division’s Liaison Officer was appointed.