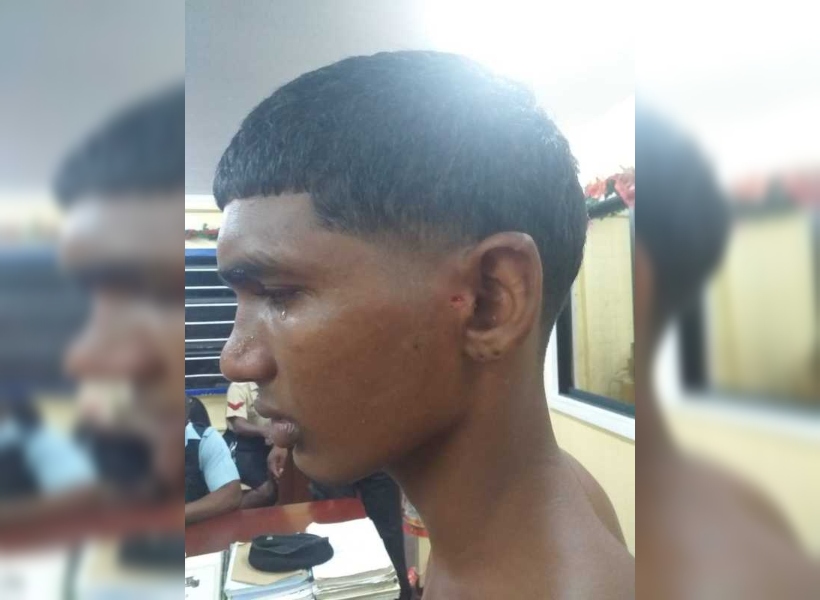 A mother of seven is calling for justice after her sons were allegedly beaten by police ranks attached to the Leonora Police Station on Wednesday.

The victims have been identified as Navindra and Divindra Bharrat of ‘B’ Cornelia Ida, West Coast Demerara (WCD). The incident occurred sometime around 22:00 hrs on the day in question.

Speaking with Guyana Standard, the victim’s mother – Shelly Rasheed, explained that Navindra was chopped to the head by three Venezuelan brothers on October 12, 2020.

Following the chopping, the three Venezuelan brothers reportedly went into hiding. Nevertheless, Navindra was treated at the Georgetown Public Hospital Corporation (GPHC), and a report was made to the Leonora Police Station.

Thereafter, police began searching for the Venezuelan nationals, but Rasheed claimed that a relative of the suspects went to the station and alleged that Navindra had chopped her son first.

As a result, the police began searching for Navindra, but according to their mother, they were on the sea and came back a few days ago.

The mother alleged that sometime around 22:00hrs last night, four policemen circled her house. She added that they held her son-in-law but later ran into her home after noticing her two sons.

“The small one that got the chop lately, they started chucking him up and then my son held on to his hand asking why he was chucking he like that and then the officer pulled out his gun and lashed him in his face and he fell down,” Rasheed alleges.

She further added, “They carried both of them, and they stopped by the Leonora Stadium and started to beat them. Then, they carried them to the station, and when we went to the station, they said that they didn’t want to hear anything and were chasing us out.

According to the aggravated mother, Navindra was released last evening. However, she said that she was told that he needs to return to the station to be charged.