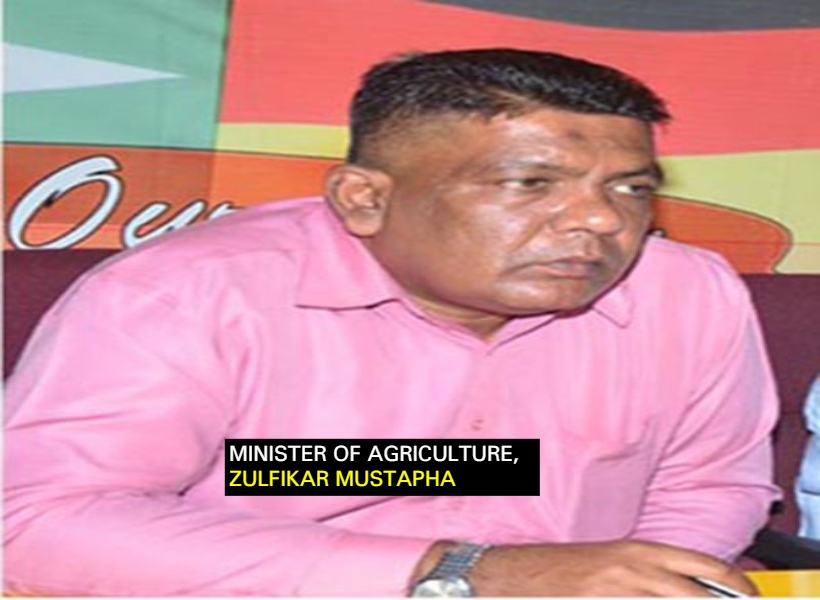 Almost five months after the General and Regional Elections were held this year, the APNU+AFC regime was still operating as though it were a legitimate officeholder. In fact, the Minister of Agriculture, Zulfikar Mustapha exposed recently, how the coalition defied a promise made before elections were held, to the effect that no new contracts would be awarded since it was in caretaker mode.

During his latest press engagement, the Minister noted that the former government had given out two contracts in July 2020 for the operation, servicing, and monitoring of the National Drainage and Irrigation Authority (NDIA) hydraulic excavators for Region Four. Expounding further, the official said that one contract was awarded on July 1, 2020 for $64.7M. This sum was expected to be used by the contractor to dig 44,000 rods of channel and excavate 75,000 cubic yards of canal.

The Minister said that a request was made for a variation to the tune of $46M to the contract. The official revealed that this was granted even though the contractor completed less than half of the required work.

Turning his attention to the other contract, the official noted that on July 6, 2020, the APNU+AFC regime awarded a contract for works totaling $34M which was awarded to another preferred contractor which he did not wish to name. The Minister said that even though the contractor, once again, did not complete half of the works, a request was still made for a variation that was more than 100 percent of the initial costs.

The Minister said that neither of the variations was granted on the basis of justification from the contractor followed by approval from the National Procurement and Tender Administration Board. In light of the fact that both cases represent a breach of the nation’s procurement laws, the Minister said that the Audit Office was called in to launch an investigation.

Following the advice of the audit office, the Minister said critical steps will be taken to ensure that the gaping loopholes at NDIA are plugged and that its systems of accounting are strengthened to prevent a reoccurrence.