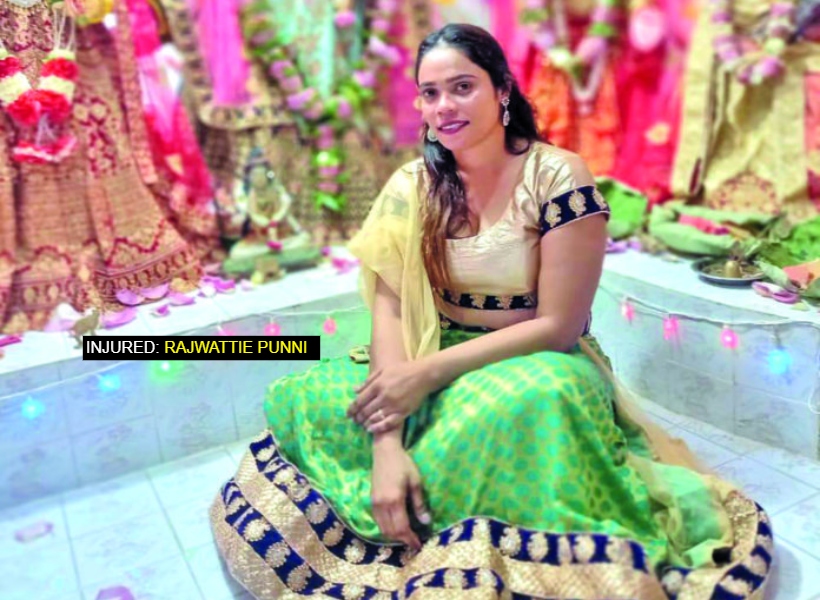 A mother of three, who was stabbed multiple times by her husband on Wednesday last, is still battling for her life at the New Amsterdam Hospital.

Rajwattie Punni, called “Shadira,” of Lot 105 Letter Kenny, East Berbice, was stabbed several times after her husband accused her of infidelity. She is nursing several stab wounds, including a punctured lung.

During a brief telephone interview with Guyana Standard, one of the woman’s relatives explained that the duo has been married for some 19 years, and the woman would usually face physical abuse.

According to relatives, they would regularly encourage Punni to leave the abusive relationship, but she would stay when her husband threatened to commit suicide if she leaves him.

But on Wednesday, Punni had made up her mind to end the years of abuse, and that might have caused her husband to stab her, the relative said. The incident occurred at about 13:05hrs on Wednesday.

According to information received, Punni and her husband were engaged in an argument in the lower flat of their two-storey house after he accused her of being unfaithful.

Shortly after the argument, the couple’s 13-year-old son ventured downstairs and saw his father stabbing his mother with a kitchen knife. He reportedly pushed him off and told his mother to run.

The teenager reportedly told lawmen that his mother had wounds on her abdomen, hands, and feet.

Following the incident, the suspect reportedly walked out of the yard with the knife and made good his escape. Police are still on the hunt for him.

Punni was then taken to the Port Mourant Public Hospital by relatives, where she was seen and examined by a Doctor on duty. She was later transferred to the New Amsterdam Public Hospital.