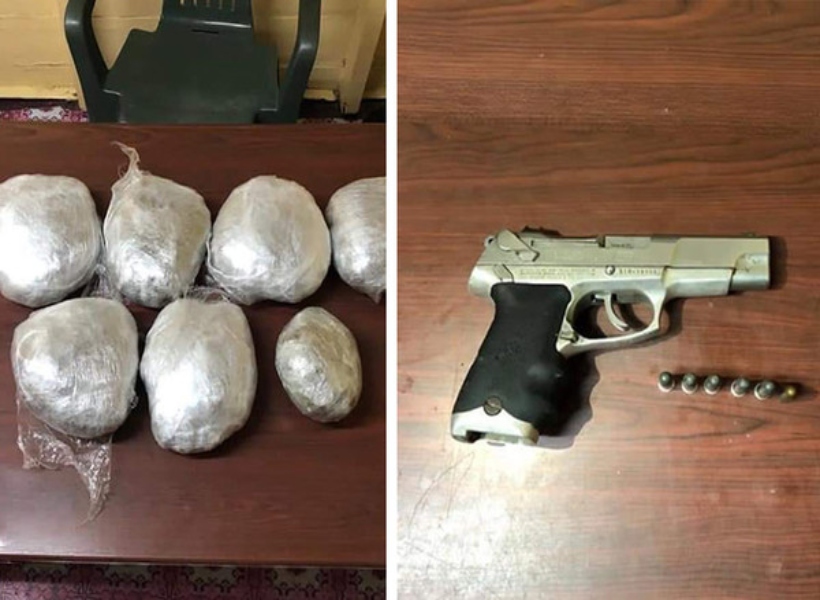 Two persons have landed themselves in hot water after they were busted with an illegal gun along with a quantity of marijuana.

Reports are that ranks of the Guyana Police Force’s (GPF) Narcotic Department and Regional Regional Division 4C, spearheaded by an Assistant Superintendent, conducted a cordon and search exercise in Clonbrook, East Coast Demerara (ECD), on Saturday.

During the exercise, lawmen discovered a 9 mm Pistol and six rounds along with 7.150 kilograms of suspected cannabis.

A 33-year-old and a 35-year-old have been arrested and are in police custody assisting with the investigation.