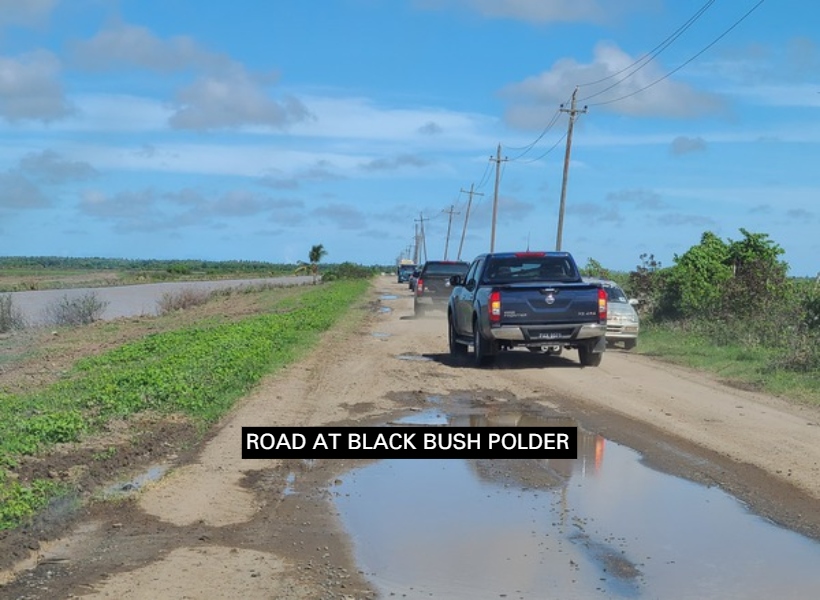 Some $67M in road works will soon commence in Black Bush Polder. This was announced by Minister of Public Works, Bishop Juan Edghill during a visit to the area yesterday.

In a meeting with residents in the area, Minister Edghill said he received several complaints with regards to the deplorable condition of the road. As a result, the deteriorated sections of the main access road will be rehabilitated.

Accompanying Minister Edghill on his visit were the Regional Chairman of Region Six, David Armogan and Vice Chair, Zamal Hussain.

According to Minister Edghill, the contract was last week awarded for the rehabilitation works. The Contractor, KP Thomas will be responsible for ensuring residents get access to the market to transport their crop, given that Black Bush Polder is predominantly a farming area.

Minister Edghill urged the farmers to “expand and capitalize” as the Government’s vision is to produce much more than rice and cash crops. “Let us do as much as possible,” He encouraged.

The Minister was keen to note that Agriculture is still important and remains high on the Irfan Ali Government’s agenda.

He reminded that the Ministry of Public Works is currently in the process of building more roads to open up access to lands for farming and residential purposes.

The Public Works Minister also used the opportunity during his official visit to inspect infrastructural projects ongoing in Regions Five and Six.

In Region Five, a $53M project is also progressing smoothly at De Hoop. This project will allow for deplorable sections of the main road to be rehabilitated.
During a brief meeting with residents and farmers,
Minister Edghill outlined the importance of the trucks adhering to the weight restrictions and specific tonnage trucks are to carry, since overloading has played a massive role in destroying the road surface and shoulders.