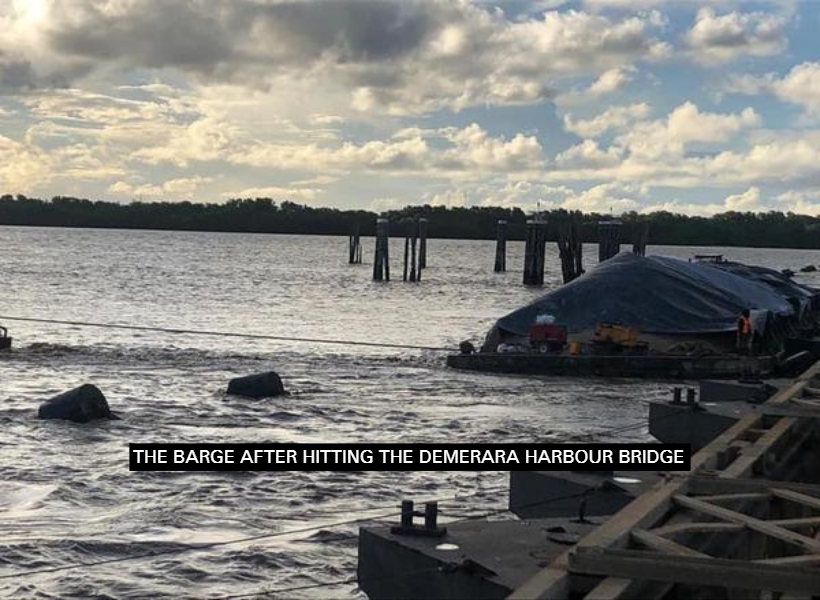 A tug and barge hit the high span of the Demerara Harbour Bridge (DHB) this afternoon, shifting it out of alignment and disrupting travel between West and East Demerara.

This was confirmed by the Minister within the Ministry of Public Infrastructure, Deodat Indar.

Minister Indar said that repairs would be needed before vehicular traffic will be allowed. He also added that the Maritime Department has issued instructions for water taxis from Georgetown to Vreed-en-Hoop to continue to operate until the bridge has been repaired.

No traffic is being allowed to cross the bridge.