Home News Crime Police called in to investigate reports of false receipts for sale of... 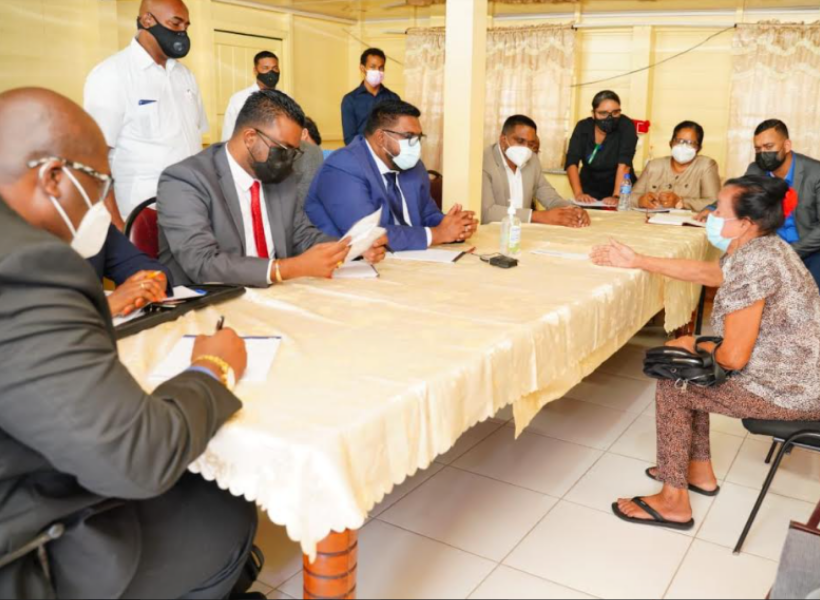 President Irfaan Ali has called on Region Two Housing officials to immediately address the claims of false receipts issued for the sale of house lots to residents in the region.

Residents, who are currently raising their concerns to the President and his team, during at outreach at the Regional Democratic Council in Anna Regina, Region Two (Pomeroon – Supernaam), have brought the issue to the fore.

Regional Housing Clerk, Suean Seewnarayan explained that she became aware of the matter when she joined the department in 2018.

She said: “It was basically where the housing officers were allocating lots to persons and were collecting the monies.” The lots in question are located primarily in the Lima Sands community”.

These payments, she noted, were not being deposited to the RDC accounts department.

The Housing Clerk explained that prior to today’s Presidential outreach, nothing was done to address this issue.

“Nothing has been done… Officers are still working on this old matter and what’s happening now is issues are being found out by persons questioning their transport.”

Meanwhile, in an invited comment, CEO of the CH&PA Sherwyn Greaves, who is also present at today’s outreach, stated that after the issue was brought to his attention, he terminated the employment of the previous Regional Housing Officer, Reuben Henry.

“What the CH&PA is doing is strengthening our structure from two staff to four (in the region) because we recognise there are a lot of issues that need to be addressed. We will stop it immediately and will have to treat those persons that were duped…they can’t be punished twice. We will have to accept the payments. As far as I know the other staff involved are not working anymore,” Greaves explained.

President Ali, who had a successful Outreach last month in Region Six, aims to hear and address the concerns of the residents of Region Two today. His goal is to reduce the bureaucratic hassle that many persons face.