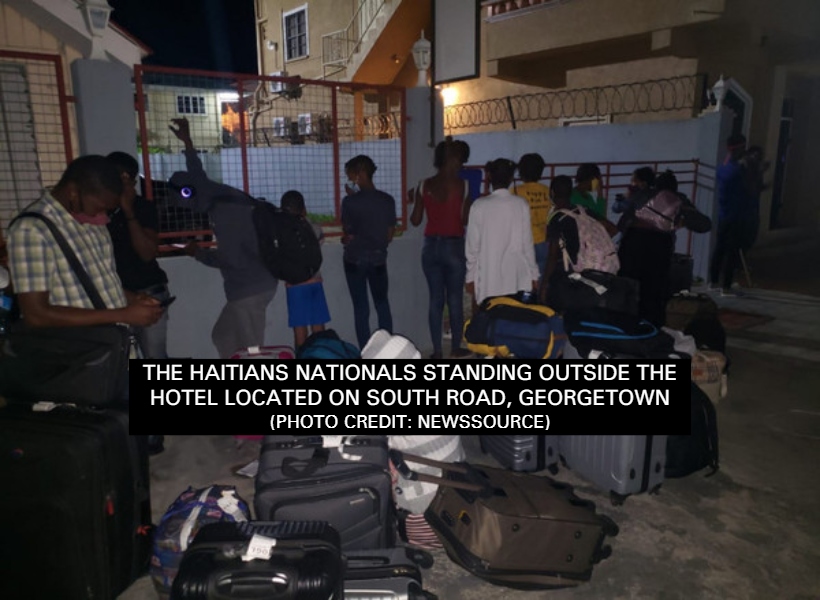 The Guyana Government, in a statement today, explained that the Haitian nationals, who were being held in “protective custody” at the Hugo Chavez Centre had requested to be transported to an address of their choice.

On Wednesday night at about 10:30 hrs, the Haitians were seen huddled together with their belongings outside of the city hotel they were initially removed from.

This decision sparked much criticism by the public and even the main opposition party – the A Partnership for National Unity/ Alliance For Change (APNU/AFC) coalition, who expressed their dissatisfaction in the manner in which the nationals were treated.

After detaining the 26 Haitians including children for three weeks, the Guyana Government is contending that the Hugo Chavez Centre is not a detention centre and that the nationals were released at an address of their choice.

“…since it cannot be determined when the legal proceedings will be concluded, the Haitians were offered either to remain at the facility or to be released at an address of their choice. They chose the latter. After their meals, last evening, they were dropped off at the address requested. Their valuables and passports were delivered to them.”
The Haitian nationals arrived in Guyana on November 7, 2020, and were subsequently apprehended by a contingent of police officers under arms and taken into custody at the Criminal Investigative Department (CID) Headquarters.

After being detained for a while, the President of the Association of Haitian Nationals in Guyana, Kesnel Toussaint, had moved to the High Court asking for an order that the nationals be released from police custody.

However, on December 1, 2020, Principal Magistrate Sherdel-Isaacs-Marcus, at the Georgetown Magistrates’ Court, issued an order for the nationals to be taken to the nearest port of exit on the grounds that they violated Guyana’s immigration laws.