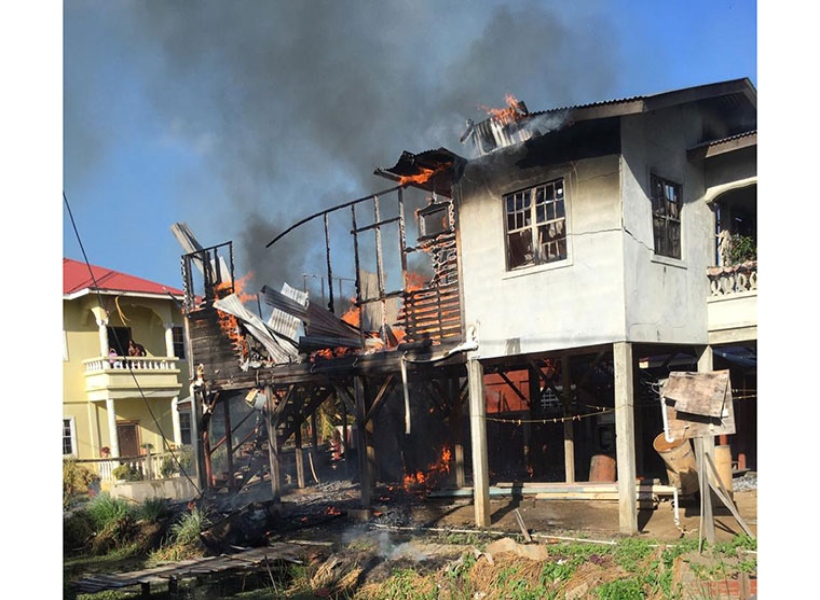 Two children were this morning rescued from a burning three-bedroom wooden and concrete house at Paradise Village, West Coast Berbice.

The fire reportedly started at about 07:30h and quickly gutted the structure. The occupants of the house are Desa Melville, her husband, and two children, ages eight and three years old.

Guyana Standard understands that Melville owns a business in front of her home. She was reportedly at her business while her children were in the house, where the fire started.

Reports are that the 8-year-old was in her bedroom when she felt a heat in the house, and upon investigating, she saw the house on fire. She managed to grab the 3-year-old and escape unhurt.

Without hesitation, the neighbours called the fire service, but as the fire tenders arrived, the building was already completely gutted. Regrettably, the family was unable to save anything from the house.

Melville is estimating her losses to be in the millions as she explained that she had recently renovated the house. Nevertheless, an investigation has been launched into the cause of the fire. (Featured Image from Village Voice)