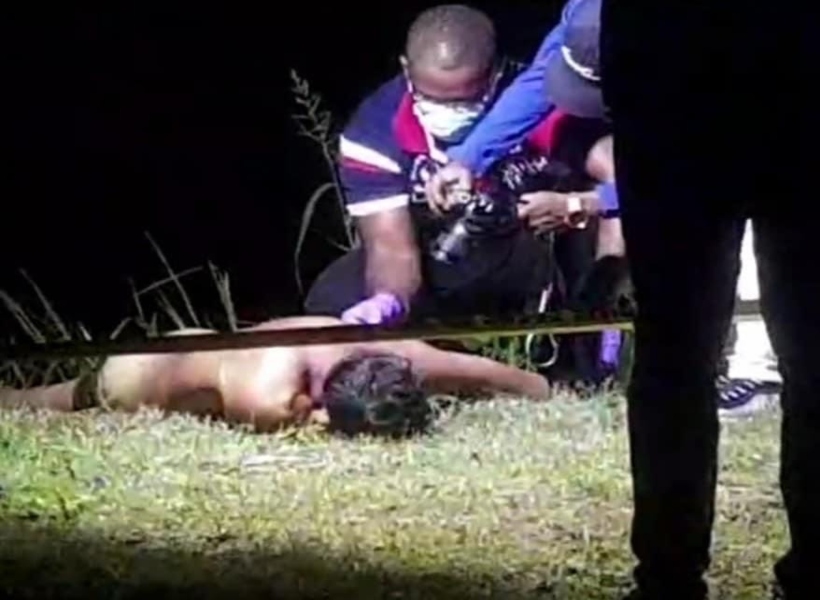 An unidentifiable man was on Friday night shot dead by a security officer during an alleged robbery.

Reports are that the security officer visited the business to do inspections when he observed two men inside the compound. He alleged that he called out for the men, who then opened fire on him.

He told investigators that he took cover and returned fire with his Escort Magnum Pump Action shotgun, which hit one of the men.

He added that the men then jumped into a nearby trench in a bid to escape, but one collapsed while the other one managed to escape on foot. He was pronounced dead on the scene by medical professionals.

The man’s body was escorted to the Lyken Funeral Home, awaiting identification and a Post Mortem Examination (PME). Investigations are ongoing.