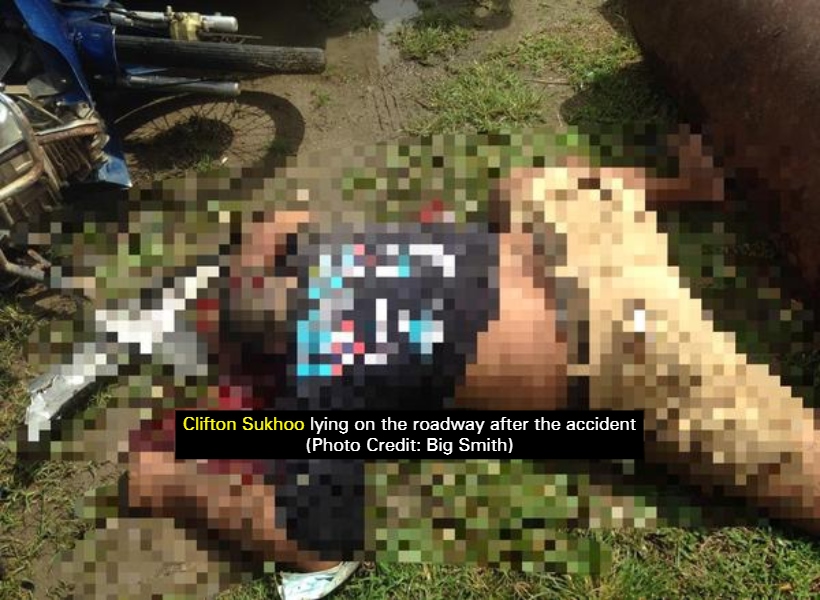 A teacher attached to the Berbice Educational Institute, was today slapped with a charge of causing death by dangerous driving.

He was not required to plead to the indictable charge, which alleged that on December 15, on the Cumberland Public Road East Canje Berbice, he drove motorcycle CJ 5056 in a manner dangerous to the public, thereby causing the death of Clifton Sukhoo.

The dead man’s brother, Mahadeo Jattan, had told Guyana Standard that his brother was standing on the road when an alleged speeding motorcyclist lost control and collided with him.

Due to the impact of the accident, Sukhoo received several injuries to his body. He was picked up by his brother and was rushed to the New Amsterdam Public Hospital, where he was pronounced dead on arrival.

Magistrate Hugh, after listening to the facts of the matter, granted Ahamad bail in the sum of $250,000. He also transferred the case to the Reliance Magistrate’s Court for December 30, 2020.