Home News Health Global equity instruments for COVID-19 vaccines have failed; Guyana must use its... 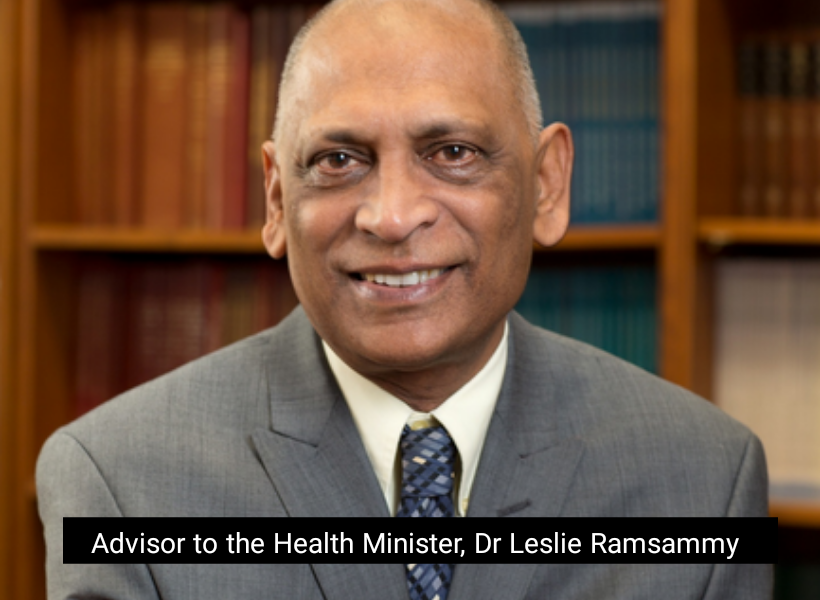 Advisor to Guyana’s Health Minister, Dr Leslie Ramsammy has called out the powers that be over the inequality in distributing the COVID-19 vaccine. He claims that “our global equity instruments have failed us once more”.

The health advisor said that as the COVID-19 vaccines continue to roll out in America, Canada and Europe and making its way to Australia and New Zealand, global equity instruments and conventions have been abandoned as another new episode of “apartheid” emerges.

Dr Ramsammy contends that the “rich” are in front of the line while the poor will watch on “with dead bodies accumulating around them”. He posited that Guyana must use its voice to lead the call for an end of this new “apartheid”.
“We must call for equity in the access and distribution of vaccines. Vaccines, the result of sound science and the work of talented scientists around the world, represent a public good, not a public good for the rich, but a public good for everyone,” he said.

The health advisor said that Guyana’s best hope of exiting the COVID-19 era is the vaccine, while acknowledging the scientists, who at breakneck speed, have been able to bring several vaccines to the point of utilization and or close to acquiring same.

“The forecast is that most developing countries will begin to have access to vaccines late in 2021 and many more likely in 2022. Scientists have brought us a solution. Global politics is bringing us apartheid, with the benefits of science subjected to inequitable distribution,” he posited.

COVAX is a global partnership designed to lessen the present global inequitable platform. More than 150 countries are partners in COVAX. Certain rich countries have not signed on as partners in COVAX. It is interesting to note that Pfizer and Moderna are not signatories in COVAX. Astra Zeneca vaccine is the most prominent of the COVAX vaccines. As of now, the partnership is coordinated by GAVI and includes Gates Foundation. COVAX’s goals include being able to guarantee enough vaccines to cover 20% of the population in developing countries, targeting the most vulnerable. Dr Ramsammy said that this means that countries must fund the vaccination for the rest of the countries’ population. Many countries will not be able to afford this.

This reality is in the face of the difficulties COVAX itself is having, he said while noting that COVAX is already cautioning that it will only be able to start with a coverage goal of 3%, and might fall short of the 20% target. This is because they worry about the capacity to produce enough doses and the funding. Already COVAX is falling short by more than $US6B in their funding needs, Dr Ramsammy noted.

In Guyana, more than 6,200 people have been tested positive, with 160 fatalities since March of this year.

“Guyana must raise our voices that this new form of apartheid is unacceptable. Vaccines should be available to everyone, everywhere the same time. Vaccines must always be a public good. That is what the global scientists work for. Global politics is standing in the way,” he concluded.