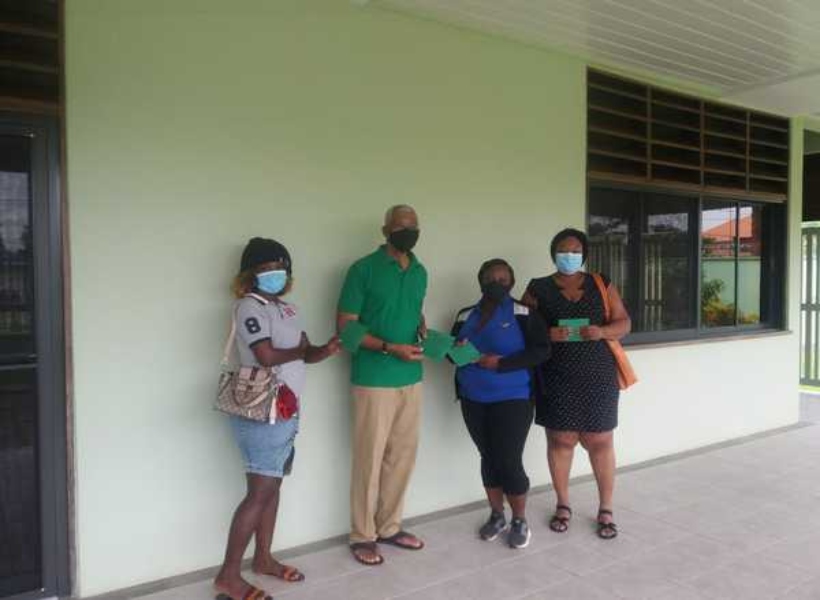 Leader of the People’s National Congress, David Granger handed over the Government of Guyana’s $25,000 ‘Covid-19 relief and support household grant’ to five villagers from the Mocha-Arcadia Neighbourhood, East Bank Demerara.

He had received the cash grant for his household the previous day. Granger lamented the distress caused by the daily rising number of deaths from the Covid-19 Pandemic and the high rate of dismissals of public servants since the People’s Progressive Party entered office on 2nd August.

He bemoaned the small size of the grant which could not compensate for the loss of four months’ earnings by the head of a household who had been dismissed, especially given the high unemployment rate and the difficulty in finding new jobs in the  shrinking economy.

Granger said that the best relief would be for persons who had been unfairly dismissed to have their complaints investigated and for them to be re-employed.
The villagers were deeply appreciative of the PNC Leader’s generous gesture.