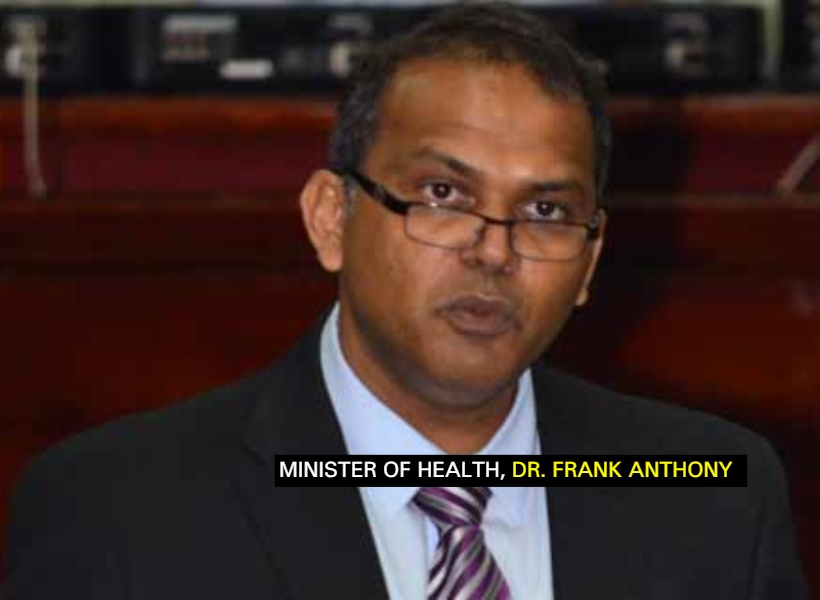 Transforming the Diamond Diagnostic Centre into a Smart Hospital is near completion with minor exterior works remaining. This was relayed by Minister of Health, Dr. Frank Anthony during yesterday’s COVID-19 Update. The Minister said the delay was due to challenges in importing some items for the facility.

“Our expectations are by the end of this month; we will be able to have a handing over of the facility so we can return the Diamond Hospital to full operation,” he said.

Meanwhile, work has started on the Leonora Cottage Hospital to upgrade that facility to a Smart hospital under the Smart Health Care Facilities Project. “Services at the Leonora facility continues at the site, but at some point, when we have to do more of the internal works, we will deploy some of these services to the nearby community. So, we’re not going to disrupt the services; we’re just going to put it in another area so that persons can still access health services.”

Minister Anthony explained that some of the building’s external works were rescheduled due to the rainy weather.

Minister Anthony said the contract for Lethem Regional Hospital commenced last year and has made “substantial progress” while works are expected to start sometime this year at the Mabaruma Regional Hospital. The upgrades for the Paramakatoi Health Centre will be done in collaboration with the Guyana Defence Force. The ‘Smart hospital’ concept refers to a facility that is both safe and ‘green’. The initiative comes under an $835 million (US$4.175 million) project, funded by the United Kingdom Department for International Development.