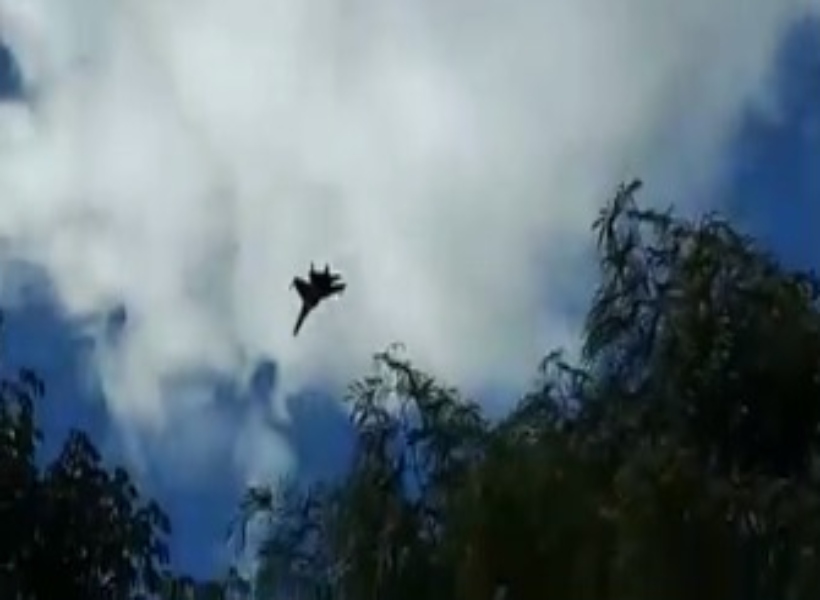 The Ministry of Foreign Affairs noted moments ago that at approximately 13:20 hrs, two Venezuelan army Sukhoi SU 30 fighter jets, overflew the community of Eteringbang and the airstrip at a very low altitude of 1500 feet. The Ministry said that the fighter jets circled the location once before proceeding in an easterly direction.

Taking this into account, the Ministry said that the government categorically condemns this latest act of aggression by the Venezuelan armed forces while noting that it can only be seen as a violation of the sovereignty of Guyana over the air above its territory.

In its statement to the press, the Ministry reminded that this latest hostility follows closely on the heels of: a Decree recently issued by President Nicolas Maduro which purports to establish a maritime territory for Venezuela which encompasses Guyana’s territorial waters, EEZ and continental shelf, as well as its land territory west of the Essequibo River; the illegal interception and detention of two Guyanese fishing vessels and their crew in Guyana’s waters; and the resolutions of the Special Commission for the Defence of the “Guayana Esequiba” and Territorial Sovereignty which recommended the convening a session of this Special Commission to the Essequibo with the assistance of the Venezuelan armed forces.

The Ministry said, “The incursion of our territory of the two Venezuelan fighter jets is a clear indication that the government of Venezuela is prepared to use aggression and intimidation to accomplish what cannot be accomplished by legal means- the surrender by Guyana of its patrimony.”

It added, “The Government of Guyana exhorts the Government of Venezuela, and its agents, to behave in a manner consistent with international law and good neighbourly relations.”

The Foreign Affairs Ministry said that the international community will be kept informed of all actions undertaken by Venezuela to undermine the sovereignty and territorial integrity of Guyana and threaten its peace and security.