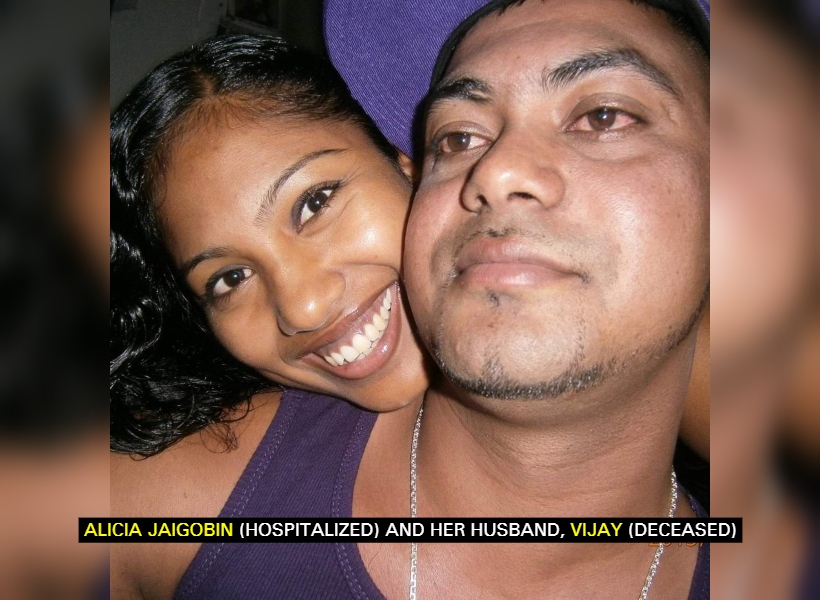 The Guyana Police Force disclosed that it is investigating the circumstances under which an accident occurred about 17:45 hrs yesterday, claiming the life of 33-year-old Vijay Jaigobin and his wife, 33-year-old Alicia Jaigobin of Lot 2 ‘C’ Bath Settlement on the Berbice River Bridge Access Road is in a critical condition.

In a statement to the press, the Force said that early enquiries revealed that the couple was at the time of the incident, occupants of a motor car driven by Vijay Jaigobin, when he reportedly lost control of the vehicle, collided with a concrete culvert, and ended up in a nearby trench.

Guyana Standard understands that they were both rushed to the New Amsterdam Public Hospital in an unconscious state. The driver was pronounced dead on arrival while the passenger – still unconscious – has been transferred to the Georgetown Public Hospital.