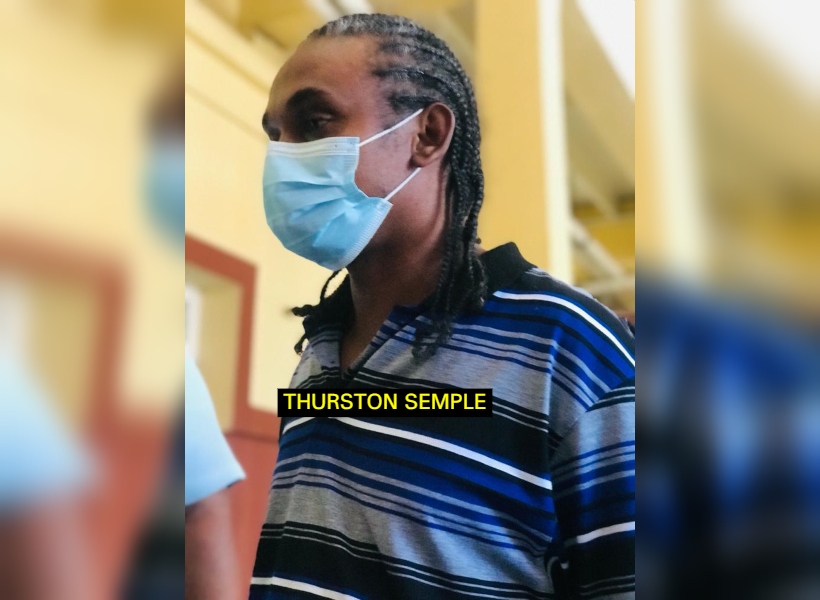 36-year-old Thurston Semple of Georgetown, appeared Friday at the Georgetown Magistrates’ Courts before Chief Magistrate Ann McLennan and was remanded for a rape charge.

The indictable charge states that Between February 24, 2021, and February 25, 2021, at Georgetown, he engaged in sexual penetration with a woman without her consent.

Semple denied raping the woman. He said that the allegation is a lie.

According to the Police Prosecutor, Semple allegedly, frequently pays women to have sex with him and he usually takes them to his home to perform the act. The report made to the police is that on February 24, 2021, the virtual complainant was at a location in Georgetown when Semple approached her in his vehicle and the two talked.

A few hours later, it was reported that Semple returned and made arrangements with the woman to have sex with her. She reportedly, agreed to a payment of $10,000. On arrival at his home, the woman reportedly went into his house and sat on the bed where she then smoked a cigarette. She then proceeded to take off her clothes and the two began to engage in sex.

Several moments later, the woman reportedly complained that her vagina was hurting. Sample then requested that she perform oral sex instead but she refused. He then allegedly threatened her with a knife and assaulted her to her face and body. She was able to escape by jumping through a window of his home but he ran behind her while being armed with a knife.

The court heard that the neighbours saw the woman naked in the yard and called the police. The police responded and were informed by residents that the man had beaten the woman who was in a semi-conscious state and covered with a sheet.

An ambulance was summoned and Semple was arrested. The virtual complainant was taken to the hospital.

Semple who is a taxi driver, was previously charged with raping three women on separate occasions. One of the matters is awaiting trial at the High Court.