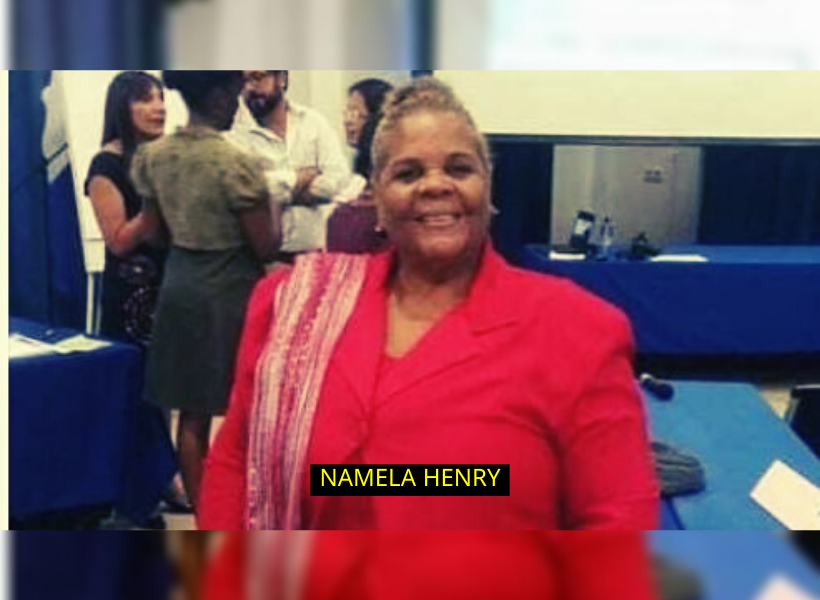 The Board of Directors, Management, Team, Members and Volunteers of SASOD Guyana are deeply saddened by the untimely passing of early member and former Trustee, Namela Henry. Namela joined SASOD not long after its formation in 2003. Affectionately called “Aunt Nams” by the young people in SASOD, Namela was always a proud and vocal ally, demanding that lesbian, gay, bisexual, transgender and queer (LGBTQ+) people be treated equally to their cisgender, heterosexual counterparts. Given her passion, empathy and activism for LGBTQ+ human rights, Namela joined the SASOD Board of Trustees in 2009 and served as a Trustee, and later as Co-Chairperson, until 2014.

Namela participated actively in the projects and work of SASOD Guyana. One of her many invaluable and tangible contributions which live on today is her role as a community researcher in the “Envisioning Global LGBT Human Rights” Project led by York University in Canada. Namela diligently applied her skills in communications and journalism to document the experiences of violence and discrimination against LGBT people in Guyana. As part of the project, she also produced short documentary videos in 2014 which SASOD Guyana still uses today in its awareness and education efforts.

She also co-authored a chapter with Pere DeRoy titled “Violence and LGBT Human Rights in Guyana” in the project book, “Envisioning Global LGBT Human Rights: (Neo)colonialism, Neoliberalism, Resistance and Hope” published by the University of London Press, Institute of Commonwealth Studies, in 2018. Namela was empathetic and always willing to lend a helping hand to support the LGBTQ+ movement. Before resources became available for office space, Namela opened her home in Charlotte Street as a venue to host Board meetings and gatherings for members of SASOD. In fact, when Namela joined the Board of Trustees in 2009, it was her home address that was registered as SASOD’s official address. Her contributions to SASOD are too numerous to mention all.

Namela was also active in many other civil society groups, including the HIV-focused Comforting Hearts group in Berbice where she was an early member. Namela later went on to found Rainbow House – a now defunct organization that provided short-term housing for homeless LGBTQ+ youth while its benefactor resided in Guyana between 2015 and 2017. Her selfless efforts have saved many lives.

SASOD Guyana extends sincere condolences to the family and friends of Namela Henry in this time of bereavement.