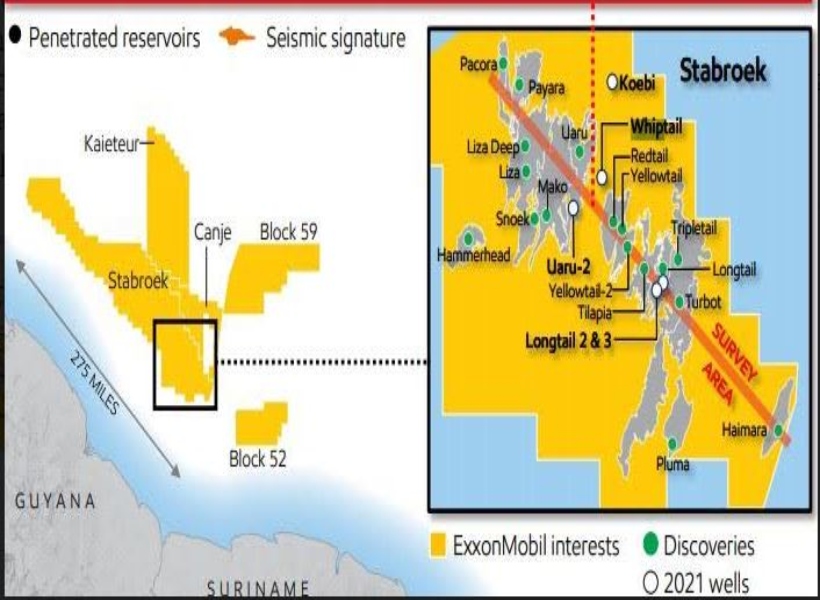 Rystad Energy, an independent energy research company has noted in a recent study that Guyana which will see 16 wells being drilled offshore, is among the top three nations projected to drive most of the global deepwater growth for 2021. In contrast, it said that the deepwater markets in Europe and Africa are expected to remain relatively stagnant.
Expounding further, Rystad said it expects around 54,000 wells to be drilled worldwide in 2021, a 12% increase from 2020 levels. In 2022, Rystad said drilling is set to increase even more, by another 19% year-on-year to about 64,500 wells, though activity will still fall short of the 73,000 wells drilled in 2019.

Concerning onshore drilling activity, Rystad said this is expected to increase by 12% from the 46,000 wells drilled in 2020 to about 51,700 wells in 2021, before climbing by another 19% in 2022 to reach around 61,700 wells. Despite the increased activity, Rystad said it still looks like drilling needs some more time to recover to pre-pandemic levels, as the onshore well count was nearly 71,000 in 2019.

The consultancy group said that such a healthy recovery is poised to propel offshore drilling activity beyond pre-pandemic levels during the next two years, as the number of offshore wells drilled globally in 2019 was just shy of 2,500. “This means the recovery of offshore drilling will already happen in 2021, with 2022 being a year of further growth,” Rystad noted.