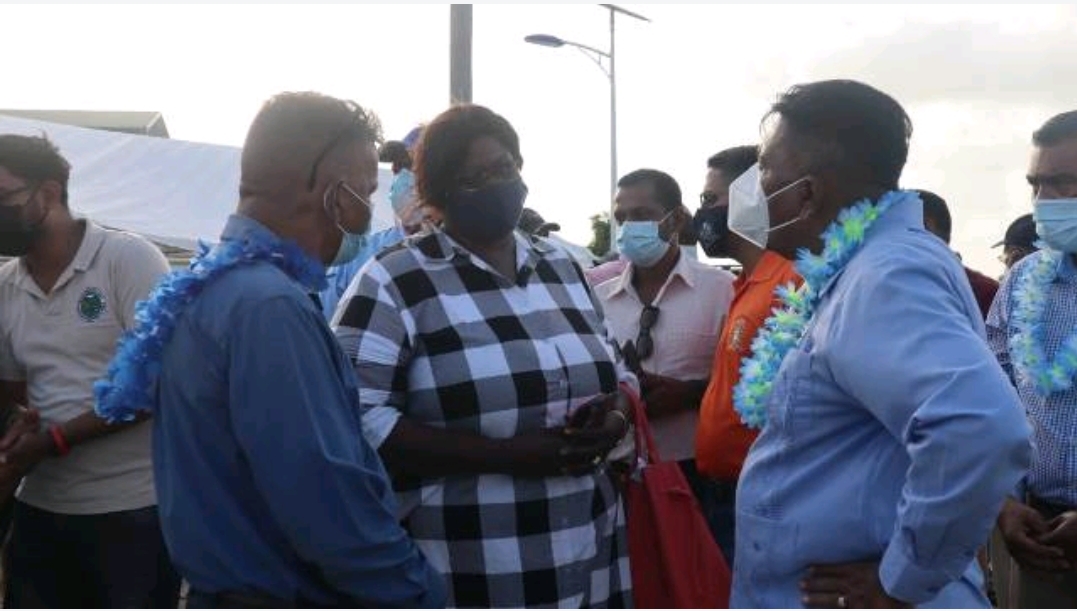 Instances of heavy rainfall over the last few weeks have resulted in several rice farmers in Regions Five being affected by flooding. The heavy downpour has caused several dams that were recently rehabilitated to once again become impassable, leaving many rice farmers looking to the government for urgent help.
After listening to the plight of several farmers, Minister of Agriculture, Zulfikar Mustapha said that emergency works to repair the dams and clear clogged channels will commence over the weekend. The Minister also said that a team from the Guyana Rice Development Board (GRDB) and the National Drainage and Irrigation Authority (NDIA) will be in the Mahaicony area to conduct an assessment of the works needed.
“We have two excavators in the area and I spoke to my two technical officers to assess the amount of work needed. Once that is done, we’ll put another one or two machines to complete the works. These works should be completed within a week. I’ve also instructed the GRDB and the NDIA to carry out an assessment over the weekend and provide me with a report by Monday,” Minister Mustapha said.
The official also told farmers that the Mahaica Mahaicony Abary – Agricultural Development Authority and the NDIA will be examining the use of those machines in the area to ensure downtime is minimized while noting that a technical team from the Ministry will be returning to the area by next Tuesday to meet with residents.