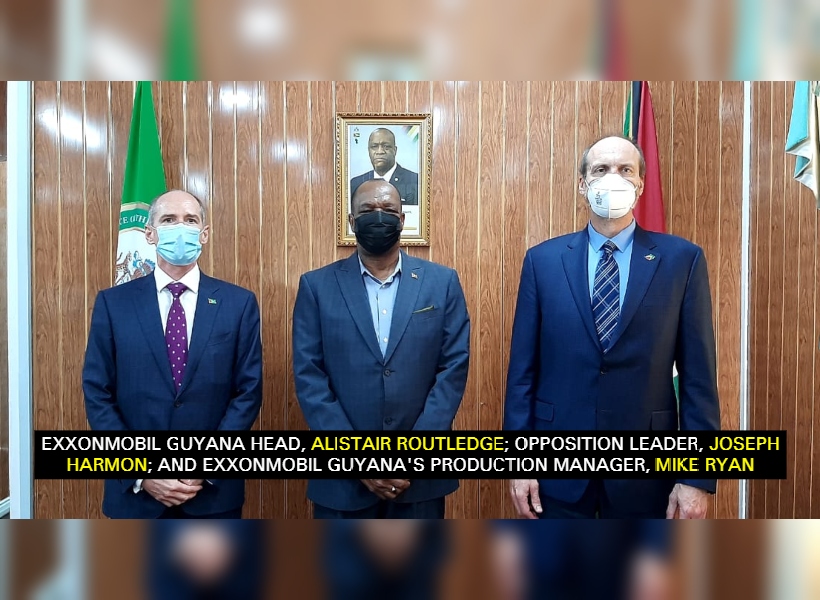 Opposition Leader, Joseph Harmon informed members of the media moments ago that he was “satisfied with the tone and content of the meeting” he attended today with ExxonMobil Guyana Head, Alistair Routledge and his team which included Mike Ryan, Production Manager, and Janelle Persaud, Public and Government Affairs Advisor.

That meeting was held to iron out key issues related to the fourth instance where the Liza Destiny’s gas compressor malfunctioned, thereby leading to increased levels of gas being flared. It was only yesterday that ExxonMobil Guyana told the media that it is now flaring 15 million cubic feet of gas per day.

Following the engagement with ExxonMobil, Harmon said he anticipates that the meeting will be the beginning of an ongoing series with the political opposition.

As for the topics discussed, Harmon said, “At the heart of the issue is the flaring of gas into the atmosphere and the operational efficiency of critical equipment. We informed Exxon Mobil that we are resolutely against flaring; except when permitted at pilot light level. We inquired whether the people of Guyana will have to bear the cost associated with the malfunctioning equipment.”

Additionally, Harmon said that ExxonMobil Guyana undertook to provide a fuller presentation on the matters raised.