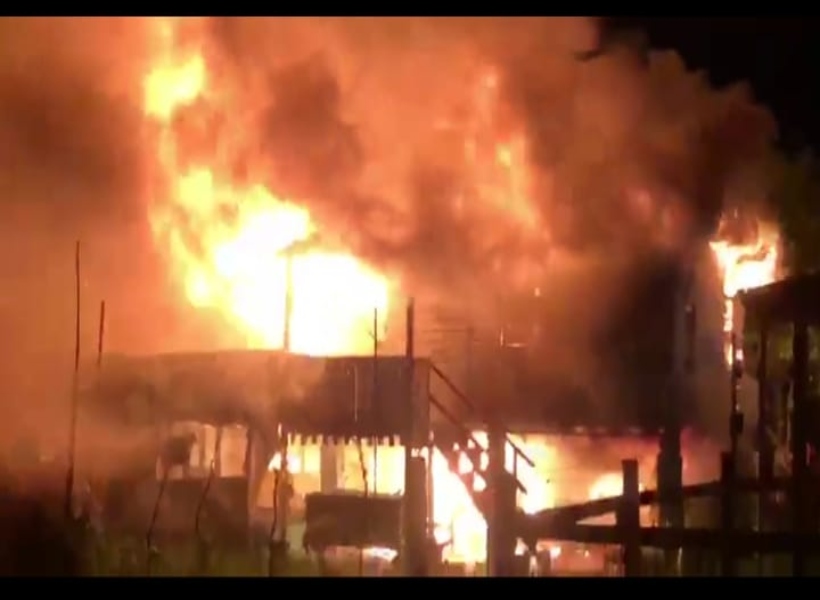 A family of three is now contemplating their next move after a fire of unknown origin gutted their Tuschen Housing Scheme home this evening around
18:45hrs.

Police say that 34-year-old Savitree Kodai, her husband and son, were two corners away from their home when they were told that their house was on fire.

The fire department was alerted and ranks subsequently distinguished the fire.

An investigation has since been launched to ascertain the origin of the fire.