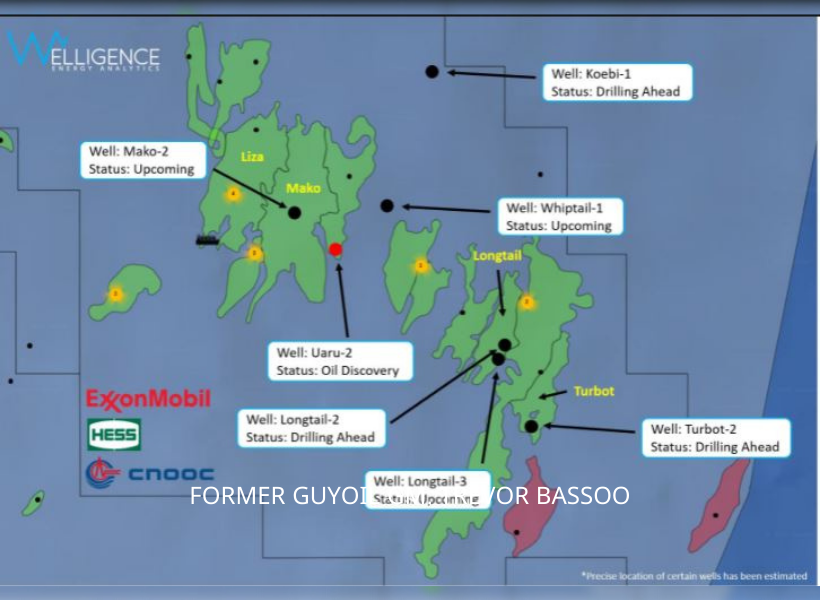 The latest oil discovery by ExxonMobil’s subsidiary, Esso Exploration and Production Guyana Limited (EEPGL) means that it has now discovered upwards of 10 billion barrels of oil equivalent resources on the Stabroek Block. Making this revelation via its Linked In platform was Welligence Energy Analytics.

The company which operates out of Houston, Texas said, “The Uaru-2 well has not only extended the original find but established deeper intervals. With the supermajor confirming line of sight for up to 10 FPSOs, the Stabroek consortium has now discovered upwards of 10 (billion barrels) of recoverable resource on the block.”

Hess Corporation and ExxonMobil (the operator), would have announced last Tuesday that the 19th oil discovery was made at the Uaru-2 well on the Stabroek Block, which they said will add to the previously announced gross discovered recoverable resource estimate for the block of approximately 9 billion barrels of oil equivalent.
Greg Hill, Chief Operating Officer of Hess Corporation, a 30% partner on Guyana’s Stabroek Block with ExxonMobil and CNOOC, said during a conference call on Wednesday, that the significance of the latest oil discovery offshore Guyana is not just the Uaru-2 discovery itself, but the fact that it was just 6.8 miles from the Uaru-1 discovery.