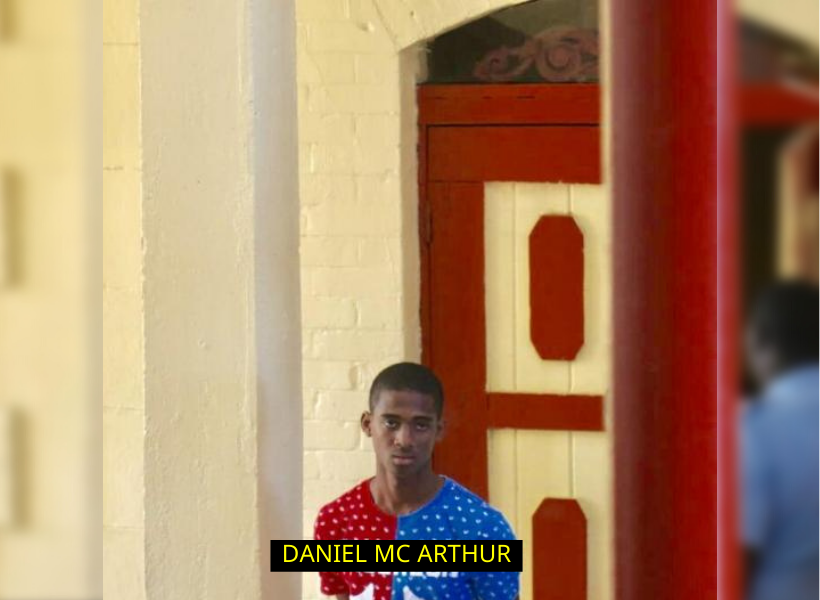 A 19-year-old was today placed on bail after he denied stealing two gold chains from a woman.

He was not required to plea to the charge.

His attorney, Dexter Todd, appeared virtually, and told the court that his client is now learning a trade and is currently unemployed. He said that McArthur has no previous convictions and has not admitted to police that he stole the items, therefore maintaining his innocence.

Todd added that his client was arrested shortly after the alleged robbery and there were no articles recovered on his person.

However, the Court Prosecutor objected to bail. He argued that McArthur allegedly admitted to the police “Yes I did grabble the lady chain but I aint got it here”.

According to the facts, the youth snatched the chains and was chased and caught by a bus conductor who witnessed the crime.

The Prosecutor added that other persons saw the defendant commit the act and he was positively identified by the virtual complainant after he was arrested.

The Magistrate released him on $150,000 bail and ordered that he to stays 100 feet away from the complainant, her residence and her work place.

McArthur has faced similar charges before the courts. In 2019 he was charged with two others, Shawn Innis and Hurrcarlaus Harris, for allegedly snatching a man’s phone at Stabroek Market. It was alleged that on October 17, 2019, at Georgetown, while being in the company of each other, the three robbed Ethan Mookho of two cellphones valued $298,000.

He was also charged alone for stealing one handbag valued $5000, a phone valued $65,000 and $2000 from Juliette Wills on October 11, 2019, at Georgetown.
He was remanded initially, but later granted bail which was subsequently revoked. The court heard he was wanted for questioning in relation to another robbery.