Home News “ExxonMobil don’t buy from any of us”- travel agents seeking inclusion in... 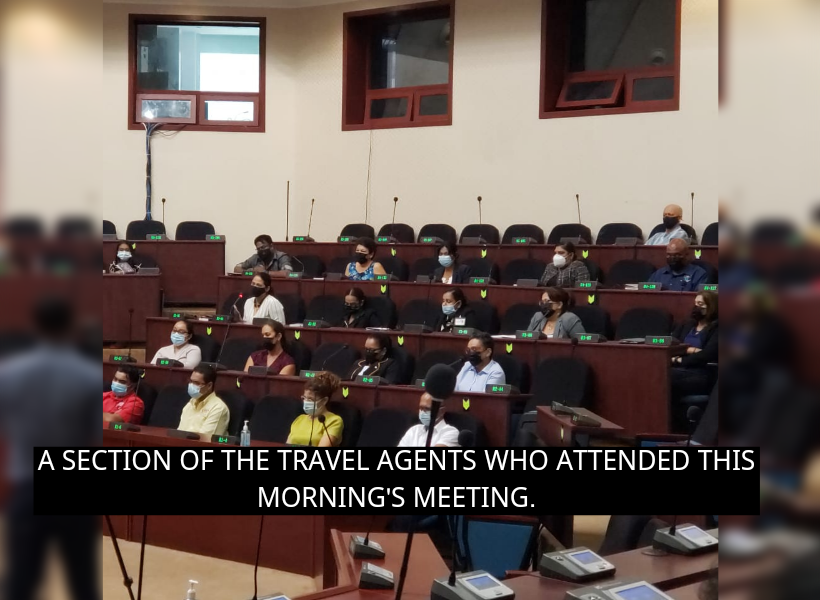 This morning, Minister of Public Works, Juan Edghill met with travel agents at the Arthur Chung Conference Center. There, the minister had full discourse with several travel agents about matters relating to the service they offer.

The Minister made clear the government’s position on several matters especially the protection of passengers’ rights as it relates to ticket refunds etc.

When it came time for travel agents to raise their concerns, one agent asked if the government will limit the number of travel agencies in Guyana. Minister Edghill replied in the negative. He said that the government is not in the business of encouraging monopolies or elitism.

Another agent then noted that the concern is not one that has to do with wanting to monopolize the industry. The agent articulated that travel agencies simply want to be protected under local content provisions. She explained that over the last year, quite a few agencies had to shut shop because of slow business resulting from the pandemic.

“But, let us take Trinidadians for example, they are coming here and opening every business under the sun,” the agent said. She added that it is not fair for them to come to Guyana and thrive now when others were forced out of business.

Now having a better understanding of the concern, Minister Edghill said that the government of Guyana is all for local content and will do its best to address the concerns of all commercial businesses in that regard.

Edghill said that local content is not just about registering a local business or putting a Guyanese to head the business. He added, “Local content also doesn’t mean having a monopoly, but it is the government’s policy to protect locals and promote local entrepreneurship.”

It was then another agent pointed out that shielding the market from foreign businesses coming to offer a service that is already offered here is one thing. That agent said that the other, perhaps even more important aspect, is getting certain companies to support local businesses and utilize services offered here.

The agent pointed out, “ExxonMobil don’t buy from any of the travel agents. They buy all their tickets abroad.

Minister Edghill then told the agents that their concerns will be discussed under the local content policy. He reminded them that they need to make sure they get themselves get involved in the local content discourse as stakeholders.

Guyana has several travel agencies, most of which were represented at this morning’s meeting.