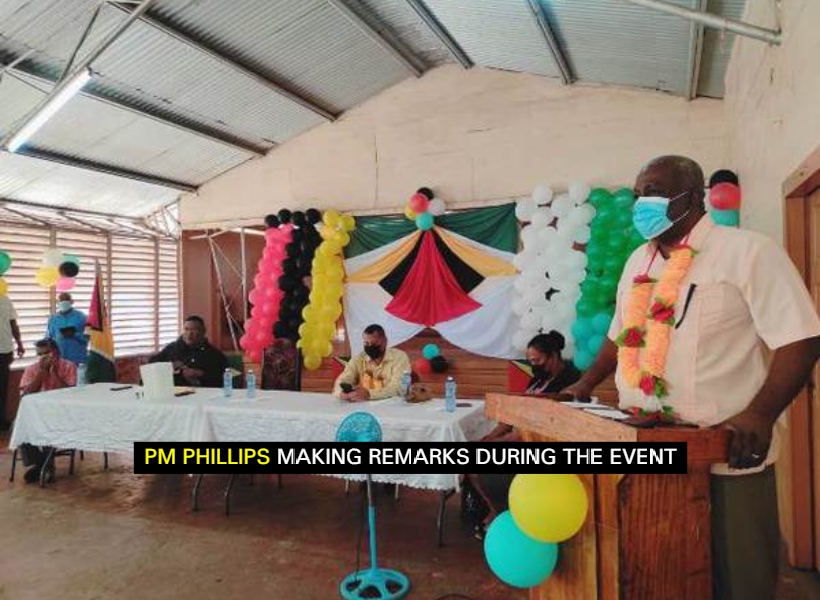 Prime Minister Phillips, in his address, underscored the importance of electrical power and the role of the boards to provide the various utilities with strategic direction.

The Prime Minister told the Port Kaituma board that it is important for them to ensure that service is improved.
“What is also important is that you work to ensure that unserved communities get electricity.”

In Mabaruma, he encouraged the directors to be proactive in their approach to resolving challenges and to quickly get acquainted with their utility.

“We expect that this board will get to work right away, possibly hold a meeting before the end of the week and as you approach your work it is important that you focus on finance, operations and human resource management”.

It is the first time that the Mabaruma Power and Light Company has had an official board installed since it was registered in 2015. However, since its registration, it has undergone a period of transition.

Electricity for the town was previously controlled by the regional administration.

The Mabaruma Company is the only one in Region One that has a solar farm in addition to electrical generators.
The newly installed boards will have a lifespan of one year.
The Mabaruma Power and Light Company is being chaired by Vibert Emmanuel. The other directors are Annasha Peters, Borris Singh, Dwayne Payne, Hyacinth Henry, Orson Sealy, Renatto Srikumar, Stefan Hernandez and Vicky Cheong.

In addition to installing the new boards of directors, the Prime Minister used the visit to tour the three power generation facilities.
He was accompanied by Minister of Housing and Water, Honourable Collin Croal, Regional Chairman, Barima – Waini (Region One), Brentnol Ashley and Chief Executive Officer (CEO) of the Hinterland Electrification Company, Horace Williams.
During his visit to Matthews Ridge, the Prime Minister and his team stopped briefly at the Guyana Manganese Incorporated (GMI), where he met with General Manager, Yisong Wang at the newly constructed manganese plant.

Mr Wang said that he was inspired by the Prime Minister’s interest in GMI.

“We started building this plant in 2016 and we finished only last month, we have done testing, but we have not started major production because we are waiting on the Government for additional permits… this visit is one that will inspire us to continue”.

This morning, the Prime Minister took part in a walkabout at the Kumaka Market, Mabaruma Sub District and delivered the feature address at the opening ceremony of the Region One, Community Health Workers Training Programme.

He is scheduled to take part in several other engagements today before returning to the capital city. (Department of Public Information)