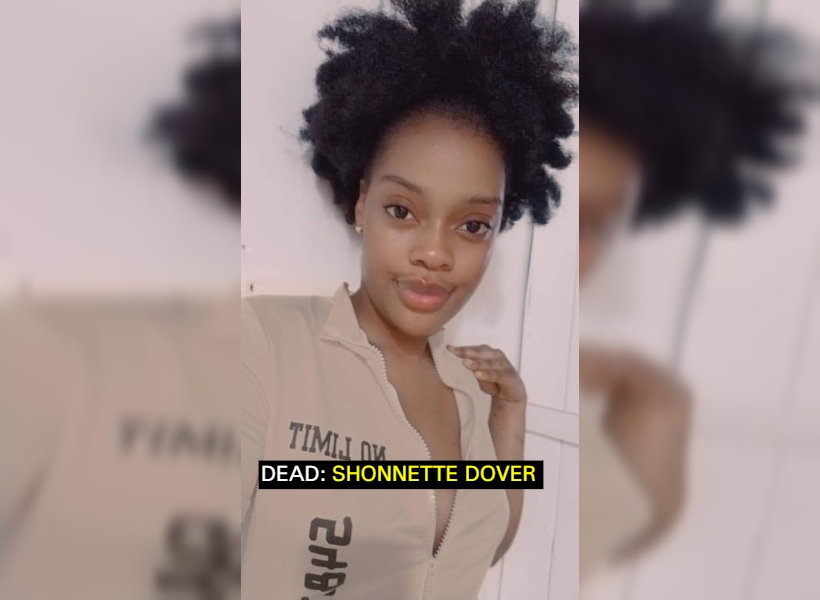 The 15-year-old girl who informed police of where the body of Shonnette Dover was buried, has been charged with accessory to murder.

The teen appeared before Magistrate Wanda Fortune at the Linden Magistrate’s Court and was remanded to the Juvenile Holding Centre after being charged.

She was represented by Attorney-at-Law Dexter Smartt.

The matter was adjourned until May 28.

The teen had allegedly confessed that she witnessed Dover being shot and then assisted the deceased woman’s boyfriend, Shaquawn Alleyne, to bury her in a shallow grave in his yard.

The body of 20-year-old Dover was discovered by police last week in a shallow grave aback of her boyfriend, Shaquan Alleyne’s Canvas City home. Dover’s sister reportedly led investigators to the grave, bringing to end the 28-day search for the bartender.

After the unearthing, the teen and Alleyne’s father were held in police custody. The police is awaiting advice from the Director of Police Prosecution (DPP) in relation to charges against Shawn Alleyne, Shaquawn Alleyne’s father.

Meanwhile, a wanted bulletin has since been issued for Dover’s boyfriend who remains at large.