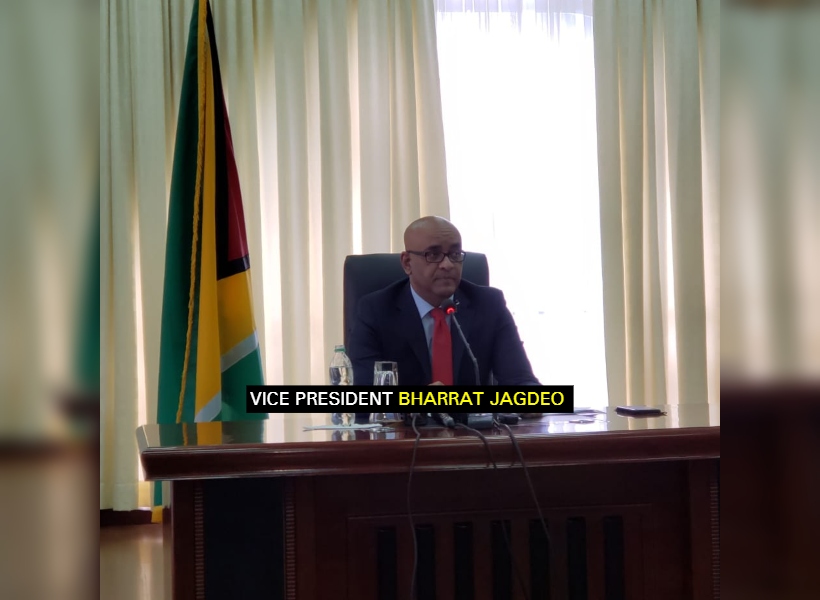 For those locals who have complained over the years about the difficulties in competing against foreigners in the oil sector, Vice President Dr. Bharrat Jagdeo sought to assuage their fears during his press conference today as he stated that the imminent Local Content Law will ensure that only certain goods and services can be supplied by Guyanese.

The Vice President said some of these “carve-outs” will include transportation, logistics, cleaning services, food supplies, rentals, landscaping, among others. Jagdeo said, “This runs into tens of billions of dollars of carve-out for locals and in other cases, they will have to get a percentage of projects in practical terms…” Once this is in place, Jagdeo said Guyanese will only be competing against other locals.

The Vice President was keen to point out that this approach by the PPP/C Government is in stark contrast to what its predecessor, the APNU+AFC had done on local content as he noted that after five years in office, no proper policy was in place or supporting legislation.

He noted that the APNU+AFC’s legacy in the oil sector is the highly criticized 2016 Stabroek Block Production Sharing Agreement (PSA), two Environmental Permits for the Liza Phase One and Two operations that did not meet international standards, and their efforts to hide the controversial US$18M signing bonus, all of which has been expended.