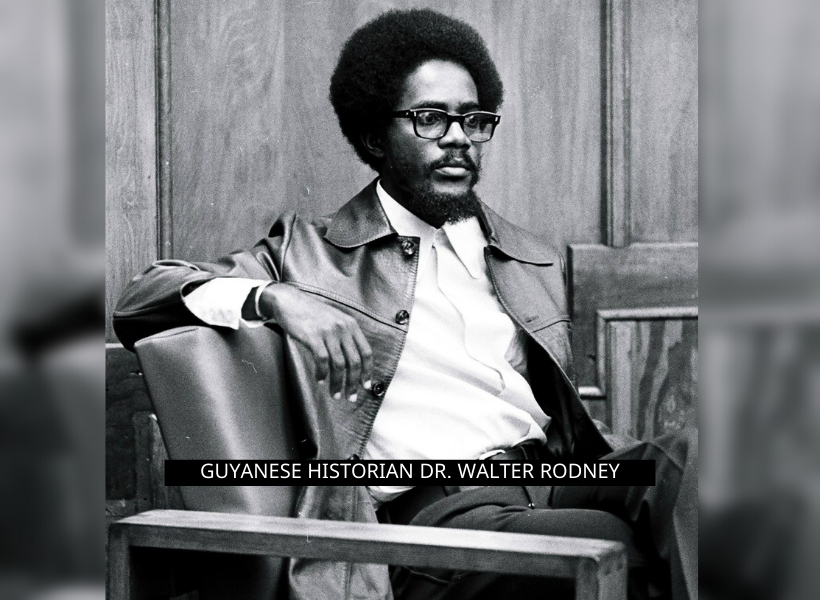 Minister of Legal Affairs and Attorney General, Anil Nandlall says that government will be amending the death records of Guyanese historian and co-leader of the Working People’s Alliance (WPA), Dr. Walter Rodney. He made this revelation during his presentation in the House yesterday.

Nandlall’s disclosure comes three days before the 41st death anniversary of Dr Rodney. The AG said that Dr Rodney’s wife, Dr. Patricia Rodney and children, Shaka Rodney, Kanini Rodney-Phillips MD and Asha T. Rodney Esq. have requested the assistance of President Dr. Mohamed Irfaan Ali and the Government of Guyana to formally honor the life, legacy and contribution of Dr. Rodney to Guyana and to finally set the public record straight in relation to certain matters surrounding his tragic death.

“Today, the privilege is mine to announce that His Excellency, the President and the Government of Guyana have acceded to this request as part of the historic step of bringing a level of closure to the Rodney family with respect to the death of Dr. Walter Rodney. This is a momentous occasion, for many reasons and it is also a personal privilege for me and indeed, all of us, to be part of a process to right this tragic wrong and to begin the process of the rectification of the historical record,” Nandlall told the House.

Dr. Rodney was only 38 years old, and a leader of the Working People’s Alliance (WPA), when he was killed in a bomb blast on June 13, 1980. It is alleged by the Forbes Burnham PNC government that Rodney intended to blow up the Georgetown Prisons, but the bomb was accidentally detonated. The Rodney family, and Donald Rodney, Walter Rodney’s brother, who was in the car at the time with Walter when the bomb exploded, have vehemently and consistently opposed this narrative for 41 long years. The news of Dr. Rodney’s tragic death sent shock tremors to the conscience of Guyanese, West Indians, Americans, Europeans, Africans and indeed people, the world over.

“To say that Dr. Rodney’s death and ensuing events in relation thereto, were a horrendous miscarriage of justice, would be an appalling understatement. The self-evident truth is that when wrongs of such magnitude occur, they can never really be righted. The least that can be done in this instance is to attempt to grant the wishes of the loved ones of Dr. Rodney and to work with them in bringing these wishes to fruition, as they attempt to forge their closure in relation to this horrific tragedy,” Nandlall stressed.

He noted that on February 8, 2014, a Commission of Inquiry was appointed by President Donald Ramotar, to inquire into and report on, the circumstances surrounding the death of Dr. Rodney. The Report of that Commission of Inquiry was tabled in the House under the APNU/AFC Government in 2016. A Motion was tabled in the House shortly thereafter by Gail Teixeira, calling upon the Government to implement the recommendations of that Report. That Motion was voted down by the then Government.

Nandlall said that the government is committed to moving another Motion in the house shortly, seeking the approval of that Report and a resolution that the recommendations contained therein be approved. An Inquest was conducted 8 years after Dr. Rodney’s death and the Findings were that Dr. Rodney died by “misadventure”. This inquest was reviewed by the 2014 Commission of Inquiry and found to be incredible, flawed, and dubious. Nandlall noted that steps will be taken to invalidate or set aside the ‘perverse’ findings of that inquest.

Although Dr. Rodney was known and respected throughout the world for his academic accomplishments, scholarship and activism, his death certificate described him as “unemployed’’, as he was denied a job at his country’s only University after working at Universities across the globe. This historical wrong will be corrected and that death certificate will be corrected to read ‘’Professor’’ instead of “unemployed”, the AG said.

The Rodney Gravesite & Memorial are currently being managed collaboratively between the Rodney Family and the National Trust. Nandlall said that the site will be declared National Monuments and fall under the administration of The National Trust.

One of the greatest tragedies flowing from Dr. Rodney’s death is the loss of his scholarship to the people of Guyana. His children’s books that celebrate the cultural heritage of Guyanese, “Kofi Baadu: Out of Africa” and “Lakshmi: Out of India”, shall be placed on the national syllabus by the Ministry of Education and in the hands of primary and secondary school students across the country.
Additionally, his other major works including “A History of the Guyanese Working People”, “Guyanese Sugar Plantations in the late Nineteenth Century”, and “How Europe Underdeveloped Africa”, will also be made available to the library of the University of Guyana.

The Walter Rodney Chair at the University of Guyana will be reestablished.