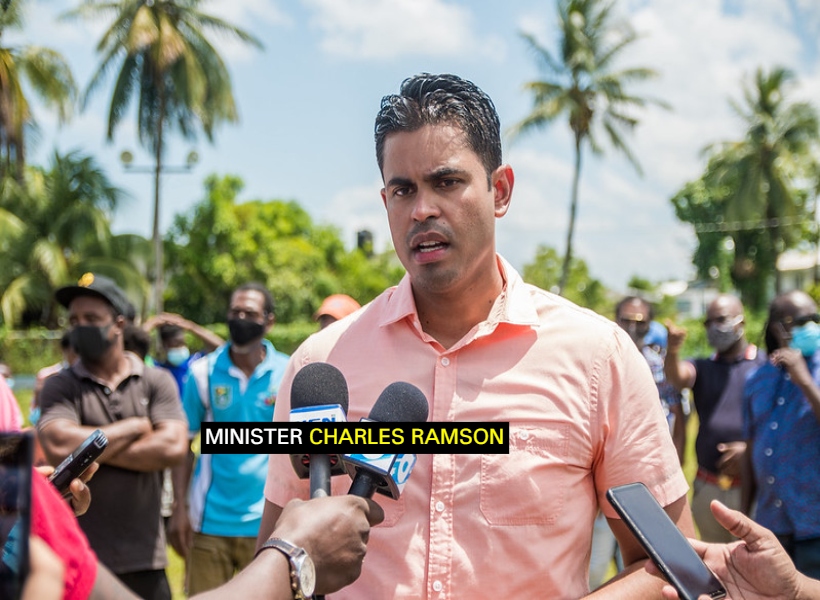 Minister of Culture, Youth and Sport, Charles Ramson informed members of the National Assembly earlier today that $10M will be spent on several community grounds across the country. This is irrespective of whether those facilities are in PPP/C or Opposition strongholds. The Minister made this disclosure during his response to questions posed by APNU+AFC Parliamentarian, Jermaine Figueira.

The parliamentarian asked the Minister to state which sports grounds will be upgraded for 2021. Ramson said, “I have with me, the entire list for which we are planning to do the upgrades and I will go through them so the nation can see and know…and at the appropriate time, I will lay a report on how partisan the allocation was for ground enhancement during the time of the APNU+AFC.”

In Region Two, for example, Ramson noted that $33M was spent on two grounds, Dartmouth and Queenstown, both of which are strongholds for the People’s National Congress Reform (PNC/R). The Minister noted that no allocation was made for areas such as Pomona, Suddie, Anna Regina, or Devonshire Castle.

Ramson disclosed as well that recommendations were recently made to Cabinet for there to be additional sums provided so that other parts of the country can benefit from the enhancement programme. As a result of his action, he noted that the Supplementary Bill tabled by Minister of Finance, Dr. Ashni Singh includes an additional $75M request for the Culture, Youth and Sports Ministry. He said this money will go to Regions 10, 7, and 1.

Following this disclosure, Figueira challenged Ramson to explain how the $10M sum was arrived at for each ground.

Ramson was quick to note that an assessment was carried out by Ministry and Regional officials in consultation with experts which considered the density of the people in the area, prominence and access to the facility, and also, how many types of activities could be done at that the identified grounds.

The Minister alluded that the $10M allocation for each ground was done to ensure no community would be made to feel that one was more favoured than the other. He stressed that the principle of equality is what underpinned this approach.