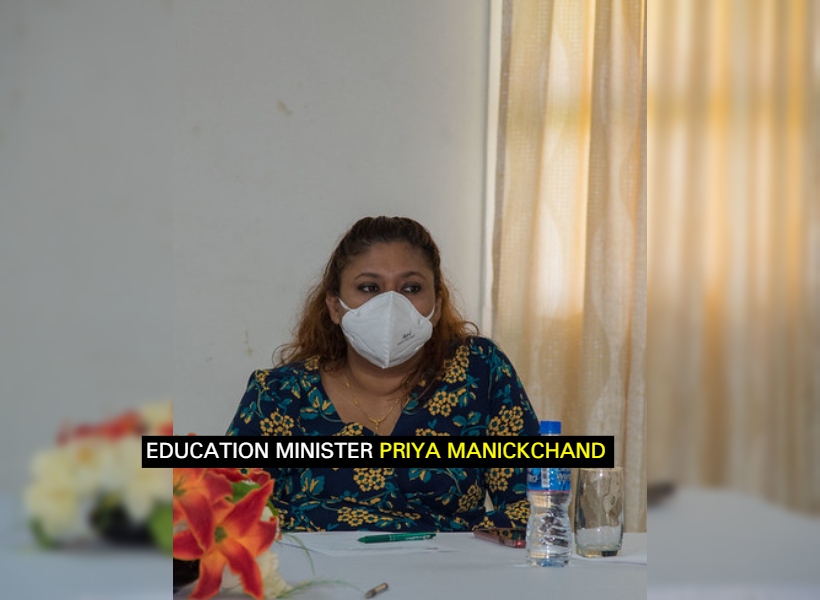 Concerns raised by the Opposition over the authenticity of a shipment of Sputnik V COVID-19 vaccines have placed a strain on the government’s vaccination drive, thereby making it extremely challenging for the government to reopen schools in September 2021, says Education Minister, Priya Manickchand.

The minister said today that when the Government of Guyana announced six week ago its intention to reopen schools for the new academic year, it was confident that an acceptable vaccination rate could have been achieved.

The A Partnership for National Unity + Alliance for Change (APNU+AFC) Opposition Leader, Joseph Harmon had indeed raised concerns over the authenticity of the doses procured through an arrangement with an Emirati Shiek. Harmon subsequently called on the government to suspend administering the Russian-made vaccine after an article was published in the Norwegian media implicating the Sheik in a vaccine racket with a convict.

Despite a letter confirming the authenticity of the doses from Sputnik V’s manufacturer, the Opposition remained adamant, raising questions about the legitimacy of the official who confirmed the jabs.

Asked today when schools are likely to be reopened, Manickchand said: “We had our eyes on September, because I believe we had enough time between when I made that announcement, about six weeks ago, to September to inoculate and vaccinate the adults of this country. At that time, we didn’t know there would be a public call from the APNU+AFC…We didn’t know that would have been a challenge we had to deal with – it now is. When we announced it was our full intention to do that, at that point we didn’t know that the APNU+AFC would come up with this “vaccine is a fraud” claim.”

The Minister said that her ministry is pulling out all stops to ensure that all teachers are vaccinated.

She added that while some countries are making it mandatory for unvaccinated persons to provide negative tests, the Government of Guyana has not decided to take that route. She added that the Ministry is still using “the method of persuasion”.

She noted that ‘thousands’ of flyers have been circulated in communities with answers to frequently asked questions about COVID-19 vaccination.

The minister is now calling on all teachers and parents to get vaccinated “because is the only way to get back into the classrooms”.