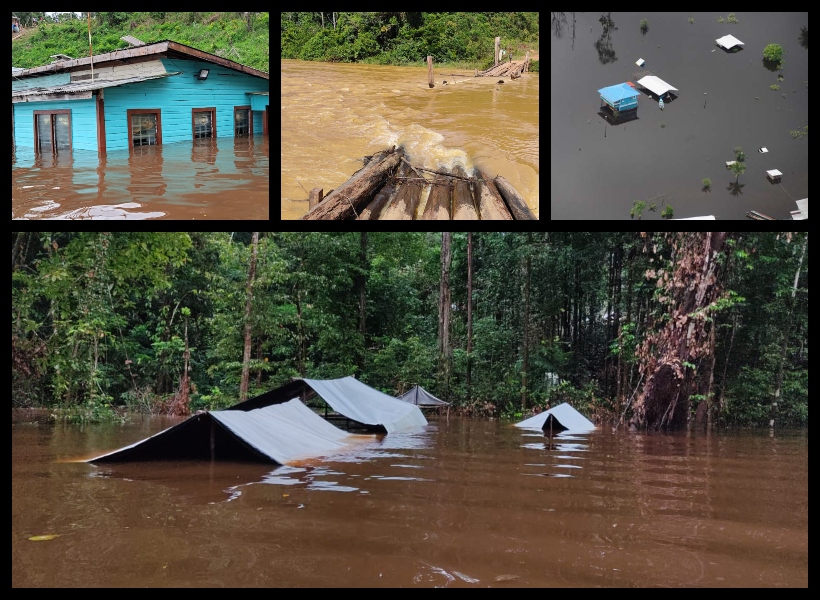 Farmers and households that suffered losses during April/June floods will be getting cash grants, President Dr. Irfaan Ali said today during his address to the nation.

Guyana was among three countries severely impacted by those floods caused by ‘unprecedented’ rainfall during that period.

In May alone, Guyana recorded the second-highest rainfall in forty years. This resulted in massive flooding across all 10 administrative regions in the country, with over 300 communities directly affected. Approximately, 52,000 households were directly affected. The agriculture sector suffered the ‘greatest lost’, the President said, with 92,000 acres of farm and farmlands completely affected. The sugar industry was also received a significant blow with estimated losses in the fields reaching over $1.5B.

He added that over 50% of mining operations were affected as mining communities were cut off as a result of infrastructural damage.

“Our initial assessment estimates rehabilitation works more than $1B for the mining community…Initial estimate points to approximately $23B or more in loss of production. Damage to the forestry sector: loss of production and damage to equipment is estimated at an excess of $8B,” he said.

Dr. Ali noted that the government’s initial response was to save lives, protect livelihoods, secure health services, and ensure enough food and shelter were provided to satisfy the needs of those affected. These efforts saw the distribution of over 80,000 food hampers, 45,000 cleaning hampers, and more than 5,000 medical kits across all regions. Additionally, more than 10 shelters were established, and extensive support was given to farming communities. Also, more than 100 pumps and hundreds of excavators were deployed across the country to support communities and farmers. A cabinet task force along with a multistakeholder national emergency operations center and 10 regional emergency centers were also established.

Given the massive disruption to the economy, the government committed to direct transfers to households and farmers to allow them – in the first instance – to return to some level of normalcy, while supporting the agricultural sector to return to productive capacity to mitigate against potential food shortages.

The assistance, according to the Head of State, covers various categories of households and farmers.

He added that rice farmers will also get assistance. Farmers, who were ready to harvest but lost yield to the flood, will receive $80,000 per acre.

Meanwhile, 60,000 bags of seed paddy will be made available to the farmers, while more than $600M in relief will be provided to poultry farmers.