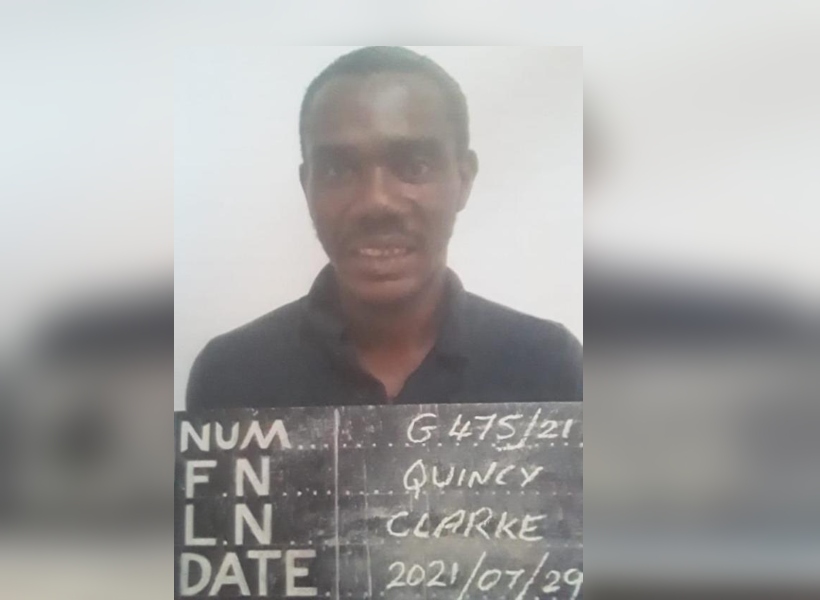 Quincy Clarke, 38, escaped from the Lusignan Prison, East Coast Demerara during the wee hours of this morning.

Enquiries disclosed that at around 02:00hrs, two ranks who were working at the holding bay, noticed an unidentifiable male running and pushing a black and red XR motorcycle.

The officers shouted at the man to stop, but he refused to halt. He was chased before dropping the motorcycle and jumping into a trench. He then ran west into some bushes making good his escape.

The ranks, who gave chase, later learned that the individual was a prisoner and the motorcycle belonged to a Prison officer.