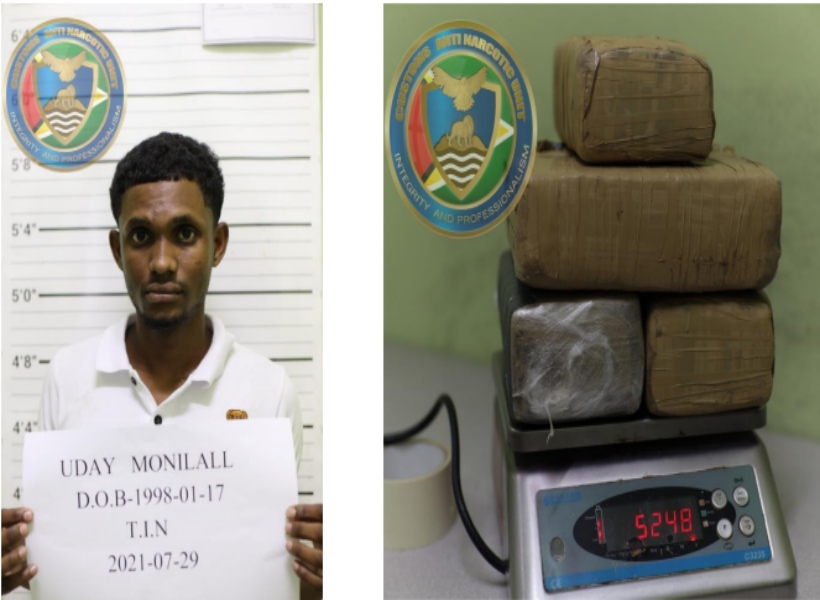 A taxi driver was arrested yesterday after he was found with 5.248KG of imported marijuana at the Parika Stelling, East Bank Essequibo.

According to the Customs Anti-Narcotic Unit, the man was intercepted, after he arrived at the stelling via speedboat. Officers found 5 “brick-like” objects in his haversack containing the drug. The suspect gave his name as Uday Monilall, 23, of 130 Unity Village, East Coast Demerara.

He was arrested and escorted to CANU Headquarters, where the cannabis was
analysed and weighed. It was discovered to be imported marijuana called ‘poppy’ with a street value of over $1M.

The suspect is presently in custody assisting with the investigation.