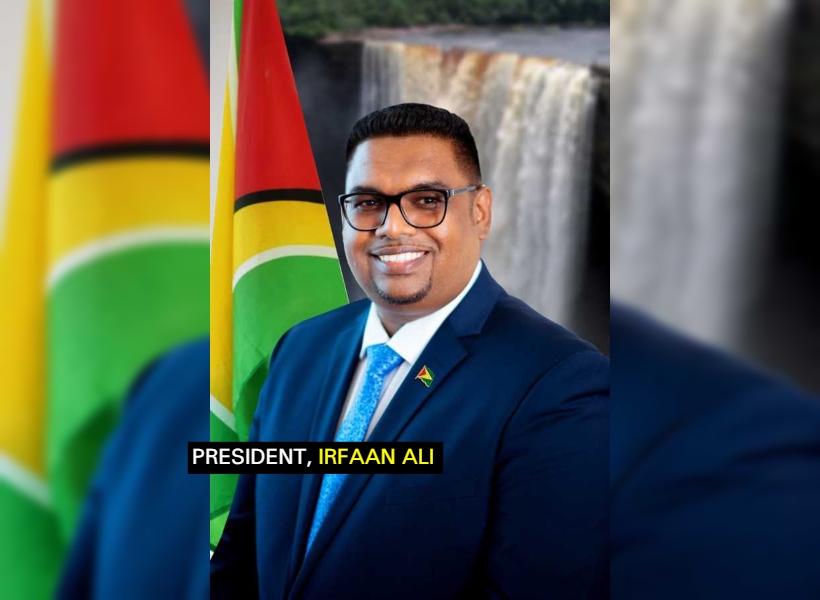 Even though reports on oil production in the Stabroek Block and the performance of ExxonMobil on local content have not made their way into the public space for perusal and subsequent debate, President Irfaan Ali insists that his government is transparent in its dealings in the oil sector. In fact, Ali said efforts are currently ongoing to increase the disclosure of information regarding the sector. Towards this end, the President revealed yesterday via a virtual press conference that his government is building a website that will host the details of daily production in the Stabroek Block as well as the receipt of oil proceeds.

His disclosure in this regard followed queries from the media that there has been a shortfall in the transparency that was promised for the sector. But the Head of State was quick to state that he disagrees with that perspective. The President said, “I do not believe that we have been hiding anything as it relates to the oil and gas sector. Every piece of information that the government has, every discussion we have had, any change in any agreement has been shared with the public.”

The Head of State added, “Many of the areas outlined (such as information on local content and production), the government itself is identifying technically competent support staff that would come on stream with us in the new structure we are designing for the sector, to do the analysis in all the areas outlined and to present their findings to the population.”

Ali also said the government has since advertised for various posts to be filled within its oil and gas unit while adding that once these have been filled, “it is our hope that the team will further enhance our work in having an open and transparent system of management and information sharing in the oil and gas sector.”