Home News Well drilling commences in Wakenaam; over 4,000 residents to benefit from improved... 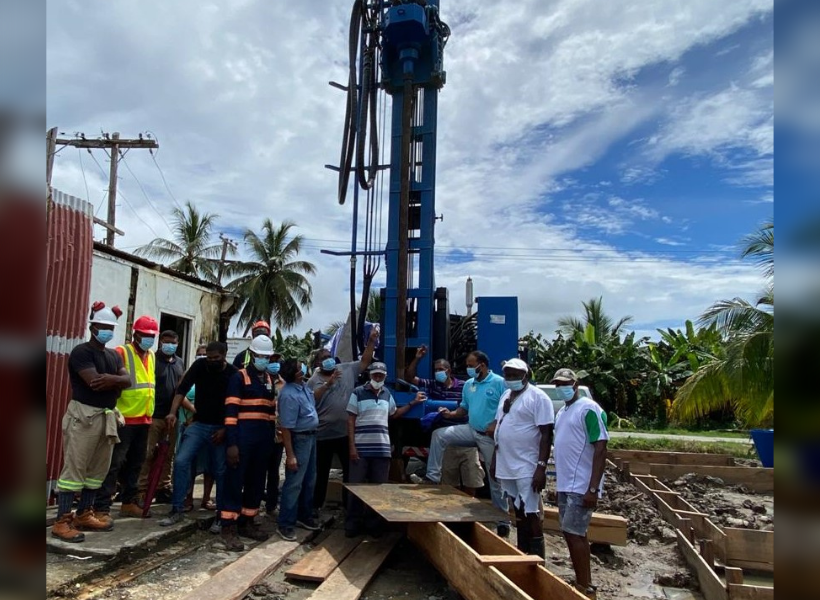 As Guyana Water Incorporated (GWI) has commenced the drilling of a new well on the island of Wakenaam in Region Three.

The company’s Chief Executive Officer (CEO), Shaik Baksh, and a technical team on Monday last, visited the island to inspect the well drilling which is being done within the compound of the Noitegedacht well station.

Vested interest was also shown by the Chairman of the Wakenaam Neighbourhood Democratic Council, Sheikh Ahmad, Councilors, and several residents who were also present at the site visit.

Some 4,752 residents of Wakenaam are set to receive an improved water supply once the new well has an adequate production. It is being drilled using the new rig acquired by the company some two years ago for the drilling of wells on the coastland.

Plans are also in process to construct a water treatment plant on the island within the next two years, news which was welcomed by the residents. The island is currently served by two well stations, located at Free and Easy and Noitegedacht.

Shortly after assuming office in the latter part of 2020, Baksh had visited the island and found that residents were experiencing a poor level of water supply for the past two to three years.

This was attributed to low water production at the Free and Easy and Noitegedacht well stations. The wells, which are now over 45 years old, showed signs of structural degradation. A GWI team soon thereafter cleaned and rehabilitated the wells to increase production, resulting in improved service.