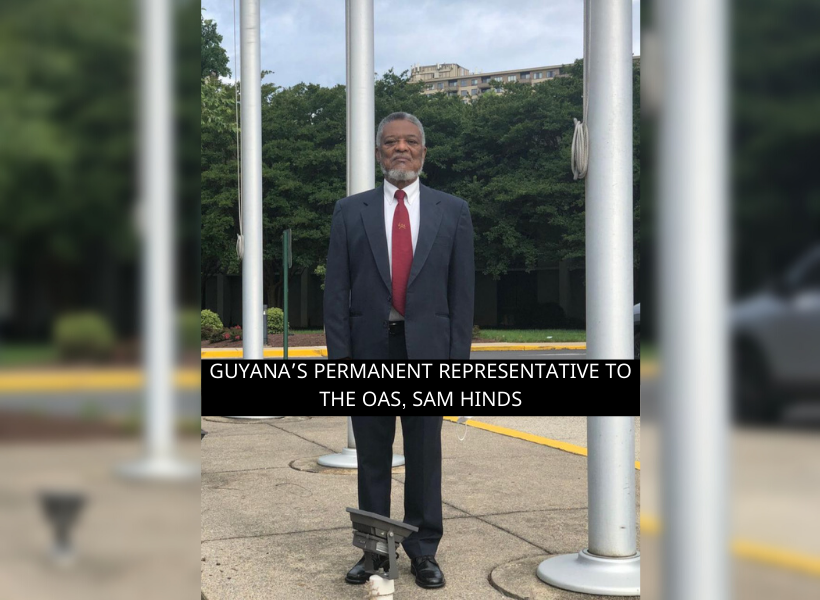 The new Permanent Representative of Guyana to the Organization of American States (OAS), Samuel Hinds, presented his credentials yesterday to OAS Secretary General, Luis Almagro in a virtual ceremony.

During the ceremony, Secretary-General Almagro highlighted the common values between the hemispheric institution and the Caribbean country and reiterated the Organization’s commitment to the defence of democratic institutions and equitable access to vaccines. “Ambassador Hinds, during the pandemic we have worked intensely in this Organization and we continue to do so. From the OAS we have carried out actions with PAHO and the IDB -also with the Joint Summit Working Group- to coordinate strategies to mitigate the consequences of the pandemic in the hemisphere,” the official expressed.

For his part, Ambassador Hinds underscored his country’s respect for the rule of law and human rights and praised the Organization’s fight for the equal distribution of COVID-19 vaccines. “Mister Secretary-General, I commend you in your role as the head of this Organization and the members of the OAS Permanent Council, particularly those constituting the CARICOM group, that initiated and endorsed on February 17 the resolution on “The Equitable Distribution of COVID-19 Vaccines,” that was adopted by acclamation,” said Ambassador Hinds.

Guyana has been a member of the OAS since 1991. Ambassador Hinds is Guyana’s fifth Permanent Representative to the OAS and the country’s ninth Ambassador to the United States of America. He has also served as Guyana’s Prime Minister and Head of State.