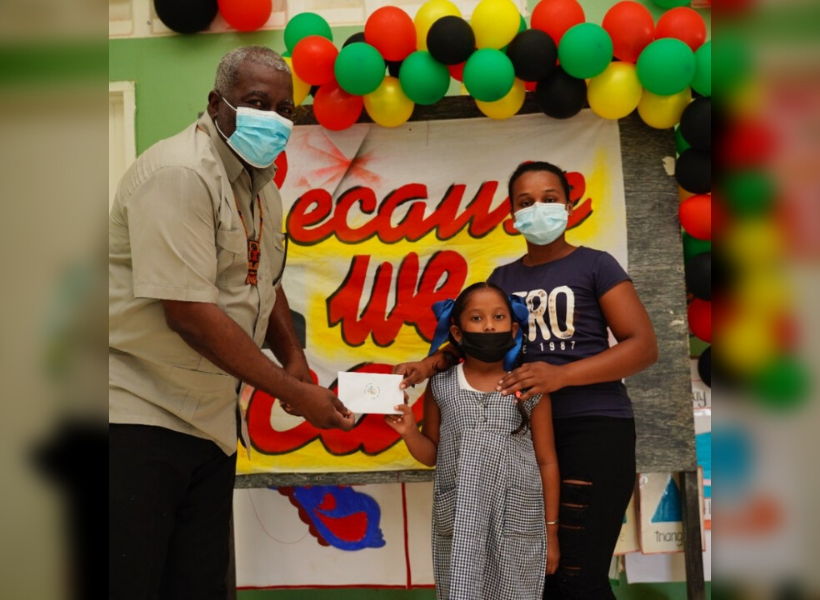 The Senior Government official and three ministers journeyed to the sub-district of Matarkai in Barima – Waini (Region One), to commence the distribution process of the Government’s grants to parents in the region.

While in Port Kaituma, Prime Minister Phillips told the parents that although they might have other important items to spend the money on, they should ensure their children have the necessary tools for a better education.

“This money should not be spent on any other expenditure that you had planned; it should be spent on ensuring that your children get those extra items that you want to buy.”

Some 1,864 children of Port Kaituma are expected to benefit from the collective sum of $35.4M.

During his one-day visit to the region, the Prime Minister distributed funds to parents of students from the Port Kaituma Nursery, Primary and Secondary Schools, Four Miles Nursery, and the Falls Top Primary School.