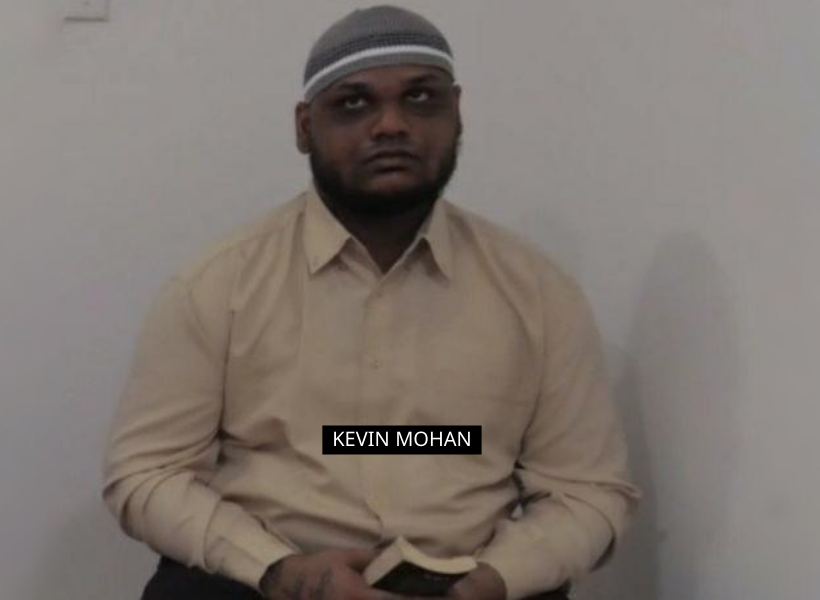 Kevin Mohan, also known as “Chucky,” who is accused of the 2016 stabbing death of his aunt, was today found guilty by a 12-member jury.

He was on trial before Justice Sandil Kissoon at the Demerara High Court.

However, when the case was called today, the 12-member jury found him guilty of the crime. As a result, he was remanded until August 26, 2021, for sentencing.
The woman’s battered body was found on the floor of her kitchen at Fifth Street, Cummings Lodge, where she lived with Mohan and her son, Intiaz Khan.

Khan had found his mother lying in blood with her head bashed in and a stab wound to her chest.

A bloody ‘rolling pin,’ suspected to be one of the murder weapons, was found in close proximity, as well as a broken beer bottle. The police had noted that Mohan confessed to the murder while admitting that another person acted as his accomplice.

Mohan is being represented by attorney Damian Da Silva while the state’s case was presented by Prosecutor Taneisha Saygon.