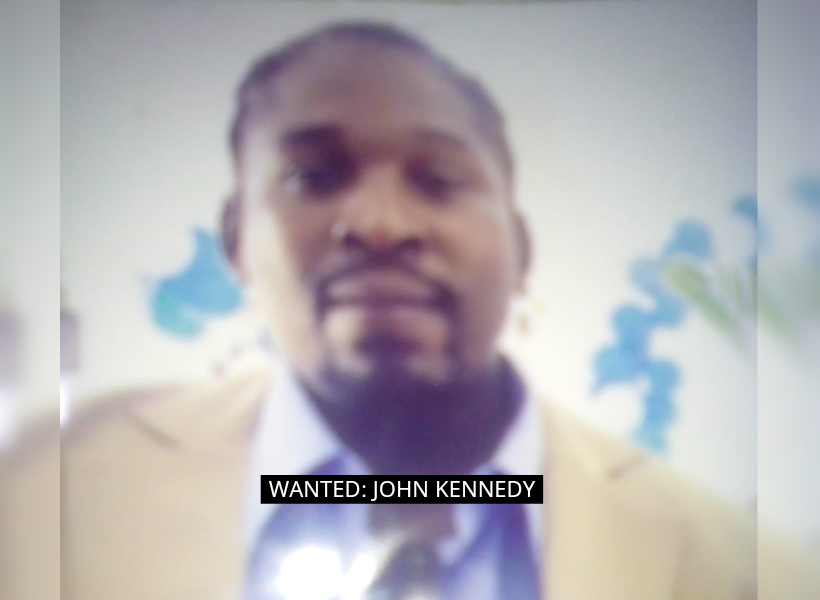 John Kennedy, called “Big John” is wanted by the police for questioning in relation to Murder committed on Jaleel Leow, a week ago at ‘B’ Field Sophia.

Kennedy is 38 years old and his last known address is Lot 751 Field 8, Section ‘B’ Sophia.

According to reports, Leow was ‘liming’ on the ‘B’ Field Sophia Access Road with Felicia Thom, a shopkeeper; Nigel Williams, a mechanic; Brandon Smith and two others when two men approached them from a southern direction on two mountain bicycles.

One of the suspects, who was armed with two cutlasses, approached Thom and asked “Is problem you want?”. She responded in the negative and began walking into her yard.

The other suspect then pulled out a handgun from the waist of his pants and walked up to Leow, who was walking into the yard, and discharged two rounds which struct him to his right upper back. He subsequently fell to the ground before receiving two more rounds to the chest.

Leow got up and ran to the back of the yard where he collapsed.

He was taken to the Georgetown Public Hospital, where he was pronounced dead.